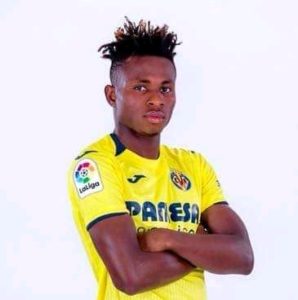 English Premier League club Chelsea are ready to firm up their interest in Samuel Chukwueze by making a bid for the Nigeria international, according to reports. Berlin based media company Onefootball claims.

The Blues are planning to make an offer for the Villarreal winger and manager Frank Lampard wants him in his squad for the 2020-2021 season.

Chukwueze won’t come cheap though as he has a release clause of 100 million euros (approximately N41 billion) which has to be activated before the Yellow Submarine can shred their agreement with the 20-year-old.

The 2015 U17 World Cup winner has made 68 first-team appearances for Villarreal since debuting in September 2018.