Governor Okezie Ikpeazu has assured that the Obingwa Traditional Rulers Council Chambers will be completed within six months. 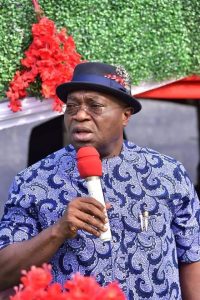 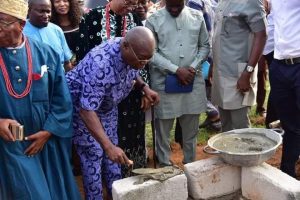 The Governor used the opportunity to announce that in the remaining months ,Abians would see massive developmental projects ,assuring that he is committed to completing the construction of the new Government House and the JAAC building before the expiration of his tenure. He disclosed that funds have been released to contractors handling such roads as Owo-Onicha Ngwa Road, Agalaba ring road, Umuaro-Nenu road, Azikiwe Road, Omuma road, Faulks Road, etc. 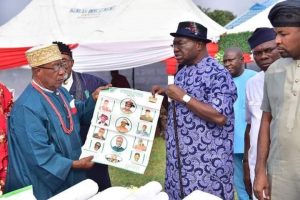 The Governor, who later unveiled the 2022 almanac of the Obingwa Traditional Rulers Council with a cash donation ,thanked the Royal Fathers and Abians at large for their sustained support to his administration.

In his speech, the Executive Chairman ,Obingwa LGA, Hon. Ibe Nwoke said the Local Government Council is grateful to have Dr. Okezie Ikpeazu as the State Governor and appreciated his developmental strides in the State . He lauded the Governor for coming to identify with the Royal Fathers’ building project and assured him of their sustained support to him. 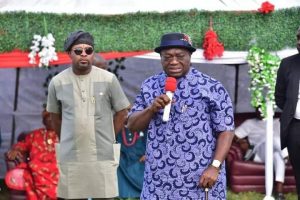 Earlier in his address, the Chairman , Obingwa Traditional Rulers Council, Eze O J Ananaba, said the importance of erecting the Chambers for the Royal Fathers to have a conducive edifice to discharge their duties cannot be over-emphasised and appreciated the Governor for coming to support the project.
Eze Ananaba thanked the Governor for his massive infrastructural developmental stride across the State, particularly, the construction of many roads in Obingwa LGA as well as establishment of the Enyimba Automated Shoe Company (ENASCO) in Obingwa LGA.

The foundation laying ceremony and unveiling of the maiden edition of year 2022 almanac attracted the presence of the Chairman Abia State Council of Traditional Rulers, Eze Joseph Nwabeke, the 2nd Deputy Chairman ,Eze Harry Ugwuala, Eze Eberechi Dick and other members of the Obingwa Traditional Rulers Council as well as Mr. Raymond Aliga amongst other dignitaries.