Corps members serving in Sokoto State, especially those in the Sokoto metropolis, have been advised to remain at home due to the 24-hour curfew announced by the state government. 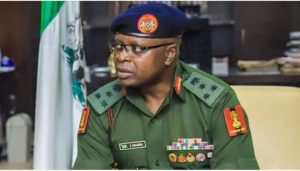 Recall  that Governor Aminu Tambuwal had on Saturday, declared a 24-hour curfew on Sokoto metropolis, following violent protests by some zealots.

The protesters were seeking the release of some suspects arrested by security agencies for the murder of Miss Deborah Samuel, on Thursday.

Deborah, a 200-level Home Economics student of the Shehu Shagari College of Education, Sokoto, was lynched and burnt over alleged blasphemy against Prophet Muhammad.

Public Relations Officer of the NYSC in Sokoto State, Malam Sani Idris, in a statement obtained by CAMPUS GIST on Sunday, said Corps members are to remain indoors until further notice.

Idris added that the NYSC management had contacted all the security agencies, to ensure the safety of its corps members throughout the curfew period and beyond.

“Arrangements have also been made for the Police and Army patrol vehicles to intensify surveillance in all of the corps members’ locations.

“Management urged corps members to remain calm and law-abiding at all times and also assured them that things would soon return to normalcy in the state,” he added.