A Canada-based Nigerian doctor identified as Efe Ovueni has been suspended from medical practice for three months for unprofessional conduct. 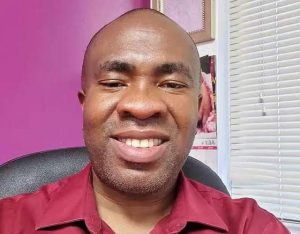 The medical doctor accused of hugging and blowing a kiss at a co-worker, admitted carrying out the act without her consent during a College of Physicians and Surgeons of Alberta tribunal hearing.

The doctor had called the member of the medical office staff into his office on Jan. 21, 2020 and proceeded to hug the woman four times and blow a kiss at her.

Following the incident, the doctor sent several texts to the employee including messages of “Hope you are not mad with me?” and “I got too excited.”

The victim responded with “That’s OK, but it was going too far” which prompted an apology from the doctor followed by “Thank you for…your smile.”

The doctor’s suspension was announced on Thursday February 4 by the College of Physicians and Surgeons of Alberta (CPSA) tribunal, following the conclusion of its hearing in December 2021.

The tribunal hearing determined that, since the victim was a staff member and not a patient, the doctor’s actions do not meet the criteria for sexual misconduct under the Health Professions Act.

Ovueni will be permitted to continue practising after serving two weeks of his suspension as 2.5 months of his three month suspension are being held in abeyance for a period of five years. The doctor also received a fine of $3,000 and is responsible for the undisclosed costs of the hearing and investigation.