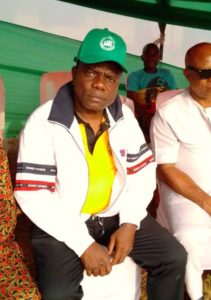 Today the 11th day of January 2020 was a memorable and epoch making day in the history of the Ancient City of Mbutu Ngwa as the grand finale of Mbutu Ngwa Redemption Youth Cups took centre stage.

The high point of the event was the handing over of the trophy to the teams according to their respective positions. During the Final match the Amankwo FC defeated their counterparts from Obekwesu by a solitary goal.

In his speech Hon. Israel Amanze who was the sponsor of the tournament praised the Youths for putting the event together and the teams for being professional in the field of play.
Hon. Barr. Paul Enyioma Okpanku who was a special guest made donations and also praised the youths. 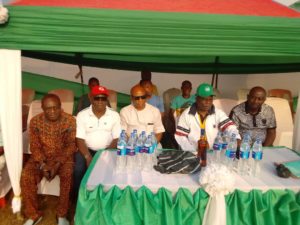 In his vote of thanks, the president of Mbutu Ngwa Redemption Youths, Hon. John Ugochukwu Onwumelu thanks all and sundry for keeping a date with them and thank most especially the Abia ADP Program Manager Hon Israel Amanze for his generosity and sponsorship of the Tournament and also extend his profound gratitude to the Deputy Transition Chairman Isiala Ngwa South Hon. Barr. Paul Enyioma Okpanku who doubles to be the Youth Ambassador for his continued magnanimity towards the Youth. He still thanked all the other Special Guests and philanthropists who donated for the sustainability of the Tournament.

Injury knocks out Ndidi till February

ABA SPORTS CLUB USHER ” THE KINGFISHER ” INTO HALL OF FAME