New Zealand defender Meikayla Moore seems to have made history by becoming the first player to score three goals against her own team in a football match. 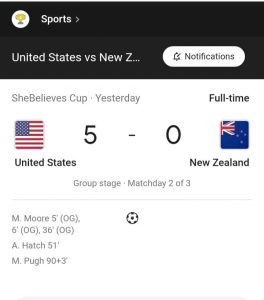 Moore hit a hat trick of own goals, putting the ball in the back of her own net three times in the first half of the SheBelieves Cup game against the United States on Sunday.

No thanks to the unpalatable feat, New Zealand trailed 3-0 at the break. 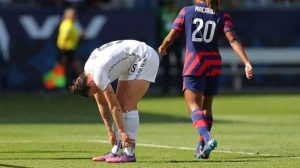 With the damage done, Moore was substituted off by head coach Jitka Klimkova. She slumped into Klimkova’s arms upon coming off. The coach did all she could to comfort her struggling defender.

The 25-year-old Moore was on her 50th cap for New Zealand in the match. She plays her club football for Liverpool FC in England.