The people of Amaewu, Umueze, Amamba Uzoakoli in Bende local government of Abia State now live in panic following a gully erosion site which has defied all solutions after several millions of Naira was expended in tackling it. 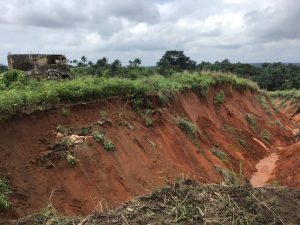 Speaking with ABN TV Friday, the member representing Bende South constituency in Abia State House of Assembly, Hon. Emmanuel Chinedu Ndubuisi said an indigene of the community living overseas has lost his 2-storey building to the erosion despite making frantic efforts to bring it under control. 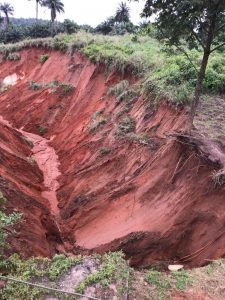 The lawmaker also added that the community has consistently made efforts to change the course of the gully site to no avail, leading to the collapse of another 4-bedroom bungalow. 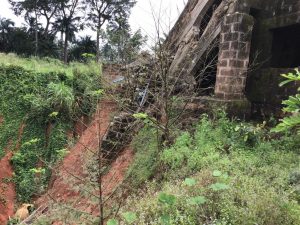 According to him, he reached out to the NEWMAP who came and gave their expert advise, a step that has been followed but the gully still persists. 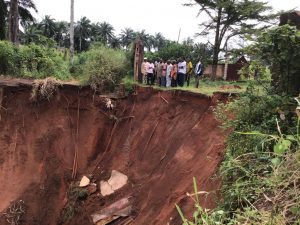 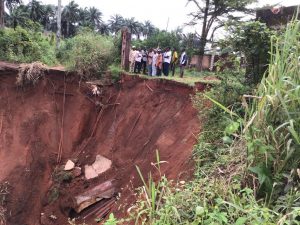 While stating that more buildings in the community are under the threat of the erosion, Hon. Ndubuisi hinted that the community has commenced a fresh palliative work following an advise by NEWMAP team to mitigate the flood impact.

“NEWMAP team advised that the community should do a drainage down to the river so that more buildings will not be threatened but I don’t know if the money available to the community now can do that. 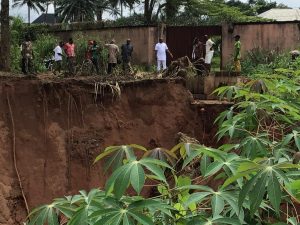 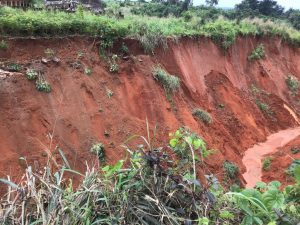 On interventions from lawmakers representing the people at the National Assembly, Hon. Ndubuisi said member representing Bende Federal Constituency, Rep. Benjamin Kalu and the Senator representing Abia North, Senator Orji Uzor Kalu are aware of the challenges of the people.

According to him, only the state government has intervened through NEWMAP, saying efforts are ongoing to get other agencies of government for their intervention.