The lower chamber of the National Assembly has accused the Nigerian National Petroleum Company (NNPC) Limited and other regulatory agencies of advancing excuses to justify the fuel scarcity in the country. 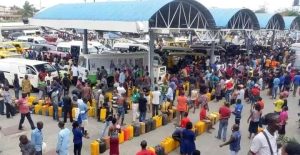 The House subsequently gave the NNPCL one week to end the lingering fuel scarcity.

The lawmakers also directed the Nigerian Midstream Downstream Petroleum Regulatory Commission to collaborate with the Nigeria Police Force and Department of State Services (DSS) to ensure that fuel is sold at the regulated price and at all retail outlets across the country.

The directive followed the adoption of a motion of urgent public importance raised at plenary by Sa’idu Musa Abdullahi, a member of the ruling All Progressives Congress representing Bida/Katcha/Gbako federal constituency on Tuesday.

According to Abdullahi, Nigerians have been subjected to untold hardship for months due to the lingering fuel scarcity in the country. 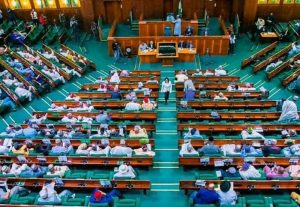 Daily Trust quoted him as saying, “Firstly, when the scarcity reared its ugly head at the peak of the rainy season in October this year, NMDPRA said the fuel scarcity in Abuja and other northern states was caused by rainfall which submerged the greater part of Lokoja including the highway leading to Abuja, a development that grounded all vehicular movements along that route.

“Soon after floods/rains receded in Lokoja and the petrol scarcity continued, the President of the Independent Petroleum Marketers Association of Nigeria (IPMAN) said the situation persisted because of the supply gap created by the blockade in Lokoja. The IPMAN affirmed that there was enough product in the depots and that the lingering scarcity was only caused by the break in supply of the product.

“When the scarcity continued and all the excuses advanced by the stakeholders watered down, the National Operations Controller of IPMAN advanced another reason and argued that the scarcity is because of an unsteady supply of the products.

“Intelligence reports on current fuel scarcity gathered by our security agencies indicated that there is a deliberate plan by some oil marketers to derail the effort of the government in the distribution of fuel in the country by hoarding the petroleum products, thereby creating artificial scarcity all over the country.”

He lamented that some independent marketers have enough petroleum products and have been selling at unregulated prices, some above N300 per litre.

After contributions from lawmakers, the House mandated the NNPC Ltd to end the artificial scarcity within one week in order to ease the suffering of Nigerians.

The House mandated its Committees on Petroleum Resources (Downstream) and Legislative Compliance to ensure compliance.