Kwara State High Court has sentenced three to d£ath by hanging for the r@pe and murd£r of University of Ilorin student, Olajide Blessing Omowumi, 24. 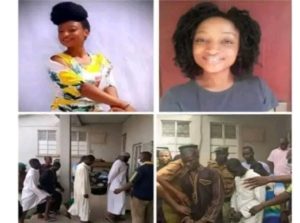 The convicts were sentenced on Tuesday, December 13, 2022, in Ilorin after a one and half year legal battle.

The 300-level Agricultural Sciences student was found d£ad in her sister’s home on 2nd June, 2021 with her mouth gagged with clothes and bruises on her private part.

A pathologist at the University of Ilorin Teaching Hospital, Dr. Kayode Adeniyi informed the court that the autopsy confirmed she was r@ped and strangled to d£ath. 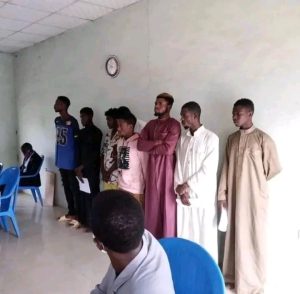 The convicts in court on Tuesday before their sentencing

The trial judge, Justice Ibrahim Adebayo Yusuf who handed down the judgement, convicted 1st, 2nd and 3rd suspects; Abdulazeez Ismail, Ajala Oluwatimileyin and Oyeyemi Omogbolahan, for the offences of culpable homicide punishable with death, conspiracy to commit robbery and conspiracy to murd£r.

The fourth and fifth accused persons were each sentenced to three years in imprisonment for the offence of theft. 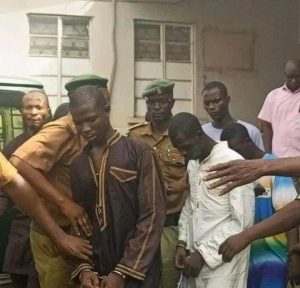 Earlier, the court discharged and acquitted 6th, 7th and 8th suspects; Abdullateef Abdulrahman, Daud Bashir Aderayo and Akande Taiye Oladoja on the basis that they were not found guilty of any charges against them.

The 165-typewritten-page judgement, which got almost the whole courtroom shedding tears while being read by Justice Yusuf, saw even the judge weeping openly for more than two minutes while recounting the process of how the deceased was raped, leading to her d£ath.