How Popular Nollywood Actress Allegedly Paid An Elderly Man To Plant Charm On Land’ -How he was caught. Posted by News Mirror, April 15, 2022

An elderly man was paraded by members of his community after he was allegedly caught depositing charms on a man’s land. 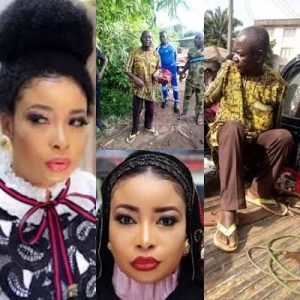 He accused him of trying to plant the charm on the land before he was caught by the witness. 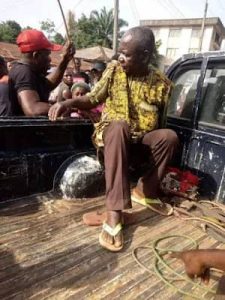 Olalekan Abas was paraded with the charm and was saying actress Lizzy Anjorin paid him to plant the charm on a customer land.

Olalekan confessed to have been working for  Lizzy Anjorin for 5years now. He said whenever the actress wants to allocate a land to a customer after payment, she will send for him as usual to come and plant the charm on the land before she comes with the customer.

He said the charm is for the customer not to remember anything concerning the land bought from Lizzy Anjorin.

Olalekan was rescued from the Area Boys by the Nigeria Police and was taking to the station.