One gunman has been neutralised by the police in Anambra State during a gun battle at Nteje Divisional Headquarters in Oyi Local Government Area of the state. 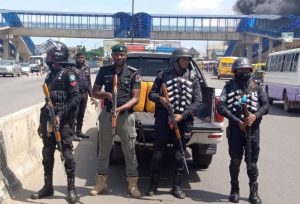 Police Public Relations Officer in the state, DSP Tochukwu Ikenga, in a statement, said that the police commissioner, CP Echeng Echeng, had led operatives that launched an offensive on some gunmen who attacked the station. 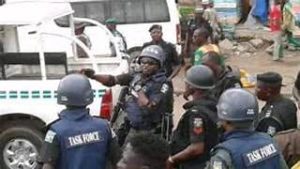 He said that the CP who received a distress call that the station was being attacked raced to the scene where he engaged the criminals alongside his team, killing one while others narrowly escaped.

The statement reads: “Anambra Police Operatives led by CP Echeng Echeng today 14/4/2022 at about 3am foiled an attack by gunmen at Nteje Divisional headquarters Oyi LGA.

“The operatives recovered one type O6 rifle, one magazine and 53 live ammunition of 5.56mm and charms.

“CP Echeng led the crack squad when responding to the distress call as the station came under attack by the deadly gang. The police operatives decisively dealt with the assailants.

“During the gun duel, one of the gunmen was neutralised and due to the superior fire of the police operatives, the assailants fled the scene. The station was secured and all police operatives and arms were intact.

“The CP, while reiterating that the command will not relent in delivering on its mandate on protection of lives and properties, commended the officers and men of the command for their perseverance and painstaking efforts to weed out all criminal elements in the state.”