In what could be described as a shock political move, Don Norman Obinna has emerged the African Development Congress Party ( ADC) Chairnan, Abia State chapter. 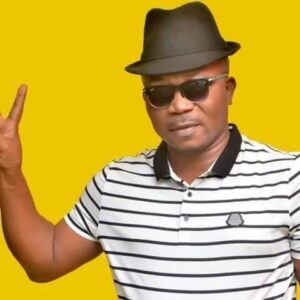 His choice for the new position as the Abia State Chairman of ADC has been confirmed from the office of the National Chairman.

The appointment follows the unanimous endorsement of the critical stakeholders, members and supporters of our great party in Abia State and recommendations from well-meaning Abians, citing the confidence the electorate repose in him for his doggednes and impulses for good governance, accountability from public office holders and belief in the possibility of a new Abia. 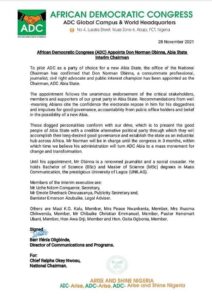 ” _These dogged personalities conform with our drive, which is to present the good people of Abia State with a credible alternative political party through which they will accomplish their long-desired good governance and establish the state as an industrial hub across Africa._ – the party said”. 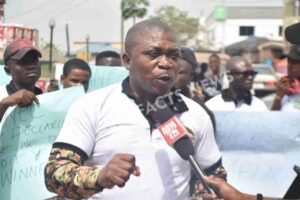 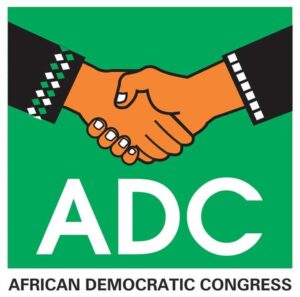 Mr Norman will be in charge until the congress in 3 months, within which time we believe his administration will turn ADC Abia to a mass movement for change and transformation.

Until his appointment, Mr Obinna is a renowned journalist and a social crusader. He holds Bachelor of Science (BSc) and Master of Science (MSc) degrees in Mass Communication, the prestigious University of Lagos (UNILAG).