A chieftain of the ruling All Progressives Congress (APC) in Abia state, Mr. Chemberline Okey Adiaso has described Prof. Uche Ikonne, the gubernatorial candidate of the Peoples Democratic Party (PDP) in the 2023 general elections as a symbol of sincerity. 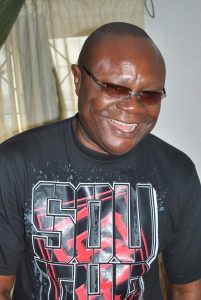 Mr. Adiaso, a former governorship aspirant on the platform of APC, stated this while contributing on a debate on social media about who is the best among the guber candidates to govern Abia in 2023. 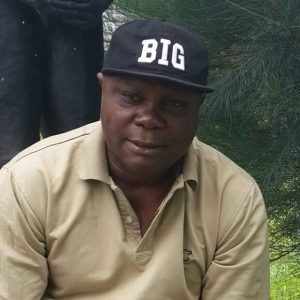 They are Prof. Ikonne of the PDP, Dr. Alex Otti of Labour Party and Chima Nwafor-an engineer who is running on the platform of Young Peoples Party (YPP).

The APC Stakeholder who is from Isiala Ngwa South local government area, went further to describe Prof. Ikonne, an erudite scholar and immediate Vice Chancellor of Abia State Uturu, as a man who would not renege on his promises. 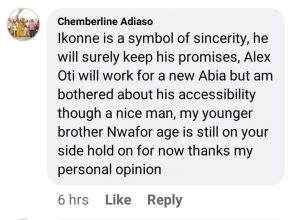 On Dr Alex Otti, a former banker who had taken a shot at the highest political office in Abia state in 2015 and 2019, Mr. Adiaso has kind words for him.

He described Dr. Otti as a nice man who would work for the development of a new Abia but expressed concern about Otti’s accessibility.

Mr. Adiaso advised Chima Nwafor of YPP whom he described as his younger brother to shelve his gubernatorial ambition for now as age is still on his side.