Why Russia may sanction Nigeria- Akinteriwa

A former Director-General of the Nigerian Institute of International Affairs, Professor Bola Akinteriwa has revealed why the Russian government may take a sanctionary measure against Nigeria as the war against Ukraine continues. 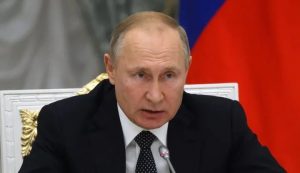 Akinteriwa who spoke during a Seminar entitled: “Russia-Ukraine War And The Imperatives of a New Global Order” which was organized by the Nigerian Institute of International Affairs in Lagos State, said the relationship between Nigeria and the Russian government would no longer be as usual.

He explained that two factors may trigger the Russian government to take a sanctionary measure against the country.

According to him, the fact that Nigeria has taken a position on its war against Ukraine and also that Nigeria voted against Russia at the United Nations may call for sanction.

He stated that the Federal government was being partisan when the Nigerian foreign minister said that it should withdraw troops from Ukraine.

“Two factors are most likely to impact on the relationship of Nigeria with Russia.

“Nigeria’s Foreign Minister said Russia should withdraw its troops. The implication of that is already partisan.

“The second part is that Nigeria voted against Russia at the United Nations.

“In this case, Russia is most likely to reckon with those two facts and as a result take sanctionary measures against Nigeria.” He said.

He, therefore, called on the Nigerian government to acquire nuclear weapons and seek a greater country that makes it strategic focused.