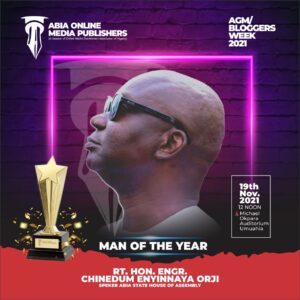 The 2023 presidential posters of Governor of Enugu State, Rt. Hon. Ifeanyi Ugwuanyi, have surfaced in parts of Abuja, Federal Capital Territory, only a day after his party, the Peoples Democratic Party (PDP) held its national Convention. The posters are also observed on some social media platforms.

Ugwuanyi, the poster indicates would run with Governor Aminu Tambuwal of Sokoto state as his running mate.

Ugwanyi’s presidential poster on the platform of PDP, is the latest from the South East geo-political zone of the country. Former SGF and President of the Senate, Ayim Pius Anyim, weekend announced his ambition to vie for president.

Already the posters of Mazi Sam Ohuabunwa are observed in parts of the country. The Pharmacist and businessman is also seeking a chance to run under the PDP.