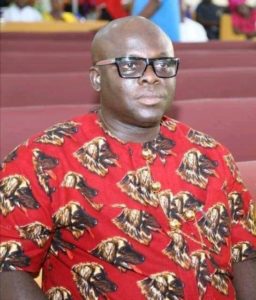 It is very common in our clime to classify everybody in government, as either a thief or to put it mildly corrupt, this also is not the fault of the citizenry who have over the years been served with the bitter experience of being impoverished in the midst of glaring plenty while those they entrust with their common heritage live very large and expensive at the expense of the generality of the populace.

In Abia, a man has come to prove this widely held supposition untrue.
On Thursday the 18th of October 2019, Abians were greeted with the news of the EFCC detention of the Abia State commissioner for finance, Hon. Obinna Oriaku, while those who knew Obinna Oriaku very closely were left jaws agape as to the correctness of such a news knowing how thorough and prudent Mr. Oriaku, a seasoned banker and a prudent manger of resources has always been, the opposition expectedly, have been fed fat with a very delicious tonic and campaign material. 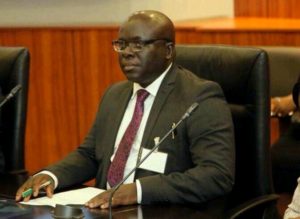 While that of the opposition is expected, another set of people who went partying are some people in the civil service who have always manipulated the porous nature of our finance, accounting and audit departments to their personal benefits and have corruptly enriched themselves way above what they are supposed to have legitimately earned.

The coming of Hon. Oriaku as the Abia State commissioner of finance and his introduction of the E-Payment System has revolutionized and reengineered the state’s financial structure, it has also greatly plugged all the openings which before now has been used to steal from government, unchecked.

As a retired civil servant, I can appreciate the disappointment and nightmare that brought their victory party to a disappointing halt upon the realization that Hon. Oriaku has been left off the EFCC hook because nothing incriminating was found on him to warrant detaining him any further.

Obinna Oriaku’s Integrity, honesty, morality, rectitude, right-mindedness, upstandingness, and probity has been put to test and he came out untainted to the disgruntlement of the corrupt and those who do not wish the image of the Ikpeazu administration well, notwithstanding the current trials of that unit, Its instructive to note that before the coming of Oriaku as the honourable Commissioner for finance some MDA’s were paying cash as salaries, but with the current introduction of the E-Payment system the unit was able to save over 600million naira from salary padding, Ghost workers etc. the salary unit has also restructured pensions from the reign of sub-treasuries where senior citizens will have to go and line up under a mango tree to collect cheques and cash in the name of pensions to on-line payment whereby pensions and salaries alerts now come to you seated at the comfort of your homes.

Obinna Oriaku has been the face of the IKpeazu’s anti-corruption stance and had worked so hard to ensure that Gov. Ikpeazu’s administration manages every available resources at its disposal with circumspect, he has created an institutional frame work that will eliminate corruption within the civil service structure.

While addressing the Civil society organization at Damgrate hotels Umuahia on Wednesday 17th October upon his return from the EFCC he said “We welcome the intervention of the EFCC as it affects our current operations because the incident wasn’t an accident it came pre-informed but we decided to taste our integrity by allowing a petition sent by a serving commissioner in the states civil service commission to scale through, though this is unprecedented in our clime as I have the opportunity of settling the issues out of public knowledge or to muscle the petitioner using the instrumentality of government, but we chose to allow it fly, to us, it is a welcome development, and we have used it as a tool to taste our integrity and transparency as a government, though I came out of it unblemished, but it served as an eye opener to some of the sharp practices and malfeasance happening within the system that I never knew”.

Hon. Oriaku has by this singular feat institutionalized transparency and accountability in the system and all that is required is for the government both at the local government, state, even the federal government to replicate the template set by Hon. Obinna Oriaku and deepen it by ensuring that it is made a standard in governance.

To the Honourable Commissioner of Finance Abia state Obinna Oriaku, you have begun a very tough battle against corruption, be prepared, corruption will as a matter of certainty fight back.