1) We note with utter dismay, the report making the rounds that the former Chief Army Staff, Lt Gen Azubuike Ihejirika has left our great party, the Peoples Democratic Party (PDP) and joined the All Progress Party (APC). With obvious proofs of several meetings he held clandestinely with the APC before now, it is clear to even the blind that Ihejirika has maintained a double-face lifestyle in his political career since 2015 when the APC took the mantle of leadership of this nation. 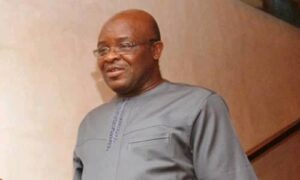 2) The reason is simple: the former Chief of Army Staff wants to be let off the hook and dragnet of the Economic and Financial Crimes Commission (EFCC) and has in fact been so promised by the APC-led federal government.

3) That Ihejirika should fall for this rapacity is a puzzle because despite his acclaimed connection and ground-rooting in APC, Orji Kalu, the former governor of Abia State has not been able secure his freedom from the net of the EFCC 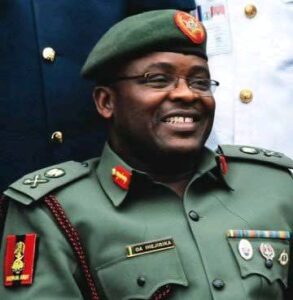 4) We are bold to state that Ihejirika has no electoral value. If he has, the PDP which he claimed to have dumped wouldn’t have lost elections in his Isuikwuato LGA in 2015 and 2019. Why should any sane person in the first place contemplate leaving PDP that has provided the compass for the socioeconomic development of the nation since 1999 for the APC? 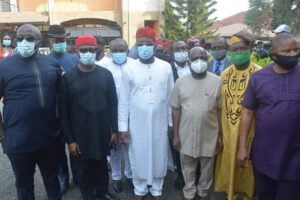 5) APC as a party that has bequeathed insecurity, Herdsmen massacre all over the country, increased bloodbath, devaluation of the naira, nepotism etc. In Ihejirika’s Isuikwuato, for instance, it has been a tale of woes as kidnappers continue to visit reigns of terror on the people while the APC-led federal government continues to fiddle. Let the APC point out any major project it has completed and commissioned in Abia State or in the Southeast since 2015 (except sufferings and destruction of people’s farms) that should attract the people into it.

6) Now that Ihejirika has finally unveiled himself as character without scruples, what then is left? The truth is that Ihejirika left APC and joined APC, no more no less. By this, PDP neither gained nor lost anything in the melodrama that played out in Ovim on Tuesday, February 16, 2021 when he claimed to have formally registered in APC.

7) The script writers of his false defection have totally failed to push it through to the Abia public as Abians are not in a hurry to change the status quo in the state. Abia citizens cannot abandon the PDP simply because the likes of Ihejirika staged a theatrical show that is of no political, economic or social value to them.

8) Let it be known to Ihejirika, Orji kalu and all other dramatis personae involved in this stage play that the PDP is not under any threat by it. Our teeming and responsible members and supporters are unperturbed by the theatrical drama because they know the intents of the dramatists, which is: to hoodwink them and goal them into having the wrong perception.

9) We, in Abia PDP Media Support Group (AMSG), have not lost sight of the hot romance that had existed between Ihejirika and the APC since 2015 when APC assumed the leadership of the nation and began its plundering. We are aware that his reason for this tragicomedy is to contest the 2023 governorship election. But we make bold to state that Abia governorship seat is not for the unstable character. You can’t be running with the hare and hunting with the hounds. Abia is a PDP state and will remain so even after 2023.

10) Abians are comfortable with the PDP and its administration of the state as they are glad with the ongoing caterpillar revolution in the three Senatorial zones of the state, particularly Aba, the Emyinba city, where internal and access roads, in and out of the city, have been rebuilt and now smiling to high heavens.

11) We note that under the present PDP government, Abia has become the SMEs capital of Nigeria. Aba made products have been rated world class, its manufacturers are now proud to affix Made-in-Aba to their brands, courtesy of the redesigning and repackaging of Aba brands and instilling of confidence in the manufacturers by the Okezie Ikpeazu-led government.

12) Under the PDP government, Abia has consistently maintained first positions in WAEC, NECO, GCE and JME exams since 2016.

13) Therefore, Abians and well meaning Nigerians should ignore the typecast staged by Ihejirika and his co-travelers and regard it for what it is: a Pantomime Act.

For and on behalf of