NewsMirror February 13, 2021
Spread the love
11 / 100
Powered by Rank Math SEO
SEO Score
Flyers urging public participation in the #OccupyLekkiTollGate protest were circulated in various parts of Lagos on Friday despite repeated warnings by the Lagos and federal governments against any demonstration at the Lekki Toll Plaza.

The protest was announced on Twitter following the decision of the Lagos Judicial Panel of Enquiry and Restitution for Victims of SARS-Related Abuses to allow Lekki Concession Company (LCC) repossess the toll gate, having been under the control of the panel since the abortion of the #EndSARS protest on October 20, 2020.

It took only hours, though, for #DefendLagos to also start trending, its proponents promising to resist the #OccupyLekkiTollGate protest with a counter-protest of theirs at the same venue.

Lai Mohammed, Minister of Information, subsequently warned the protesters to stay off the streets, saying the “mood” of the nation was not right for any open dissent.

The Lagos State government would later echo similar sentiments. On Wednesday, Moyosore Onigbanjo (SAN), Attorney General of Lagos; Gbenga Omotoso, Commissioner for Information and Strategy; and Hakeem Odumosu, Commissioner of Police held a joint press conference during which they “strongly advised the organisers of the protest to desist”, maintaining that it “is not an auspicious moment” for such actions.

But the protesters have remained defiant, insisting there is no turning back.

“More than 500 of us were in different parts of Lagos yesterday pasting the posters at strategic locations and distributing the flyers to members of the public,” one of them told FIJ. “There is no going back 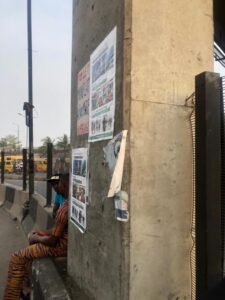 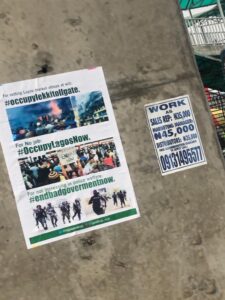 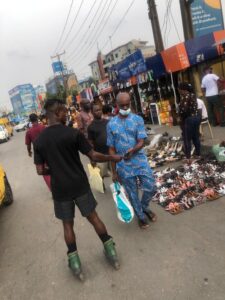 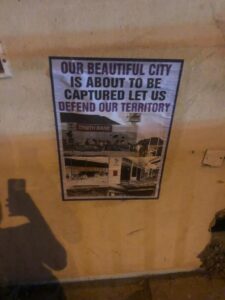 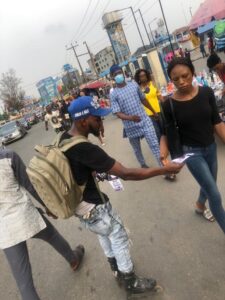