The army also suffered two casualties in the operations. 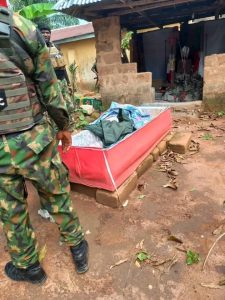 The Nigerian Army has stormed a shrine in Orlu, Imo State, reportedly used by gunmen who are alleged to be members of the Eastern Security Network.

The soldiers reportedly killed scores of persons before destroying the shrine.

Reports had it that the army also suffered two casualties in the operations. 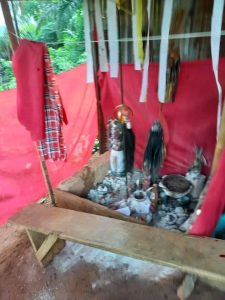 The unrest in southeastern Nigeria has been linked also to a conflict between the military and locals which broke out in Orlu in 2021, at a time when the Nigerian Army moved to crush the ESN.

The group was founded by the leader of IPOB, Nnamdi Kanu, a political activist and advocate of the contemporary Biafran independence movement.

The Federal Government of Nigeria has been lobbying the United States and British governments to declare IPOB as a terrorist organisation but the countries have refused, saying the group does not fit into the category of terror organisations.