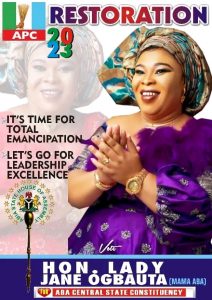 Mama, while interacting with media influencers said that she is in the race for a drastic change in gender inequality, our representation is going to be for the women and youths and not excluding the men who are our husbands.

Lady Ogbauta decried the fact that in Abia house of Assembly today there is no female Parliamentarian. She further called on the good and amiable people of Aba Central State Constituency to support her to actualize her agenda which according to her is divine and timely. 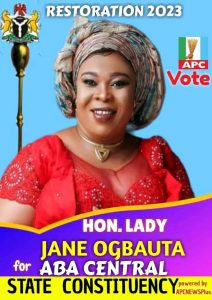 She further stressed the need for the APC to vote candidates with credibility and Popularity According to Ogbauta, the only way APC can win is to elect people with track records,zeal and enthusiasm to fly the flag of our great party in 2023 General Election. She said, campaigning for candidates that are general acceptable is easier and is a sine qua non to win election. 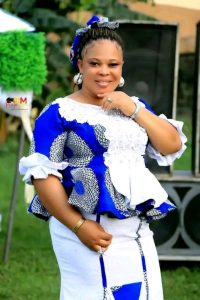 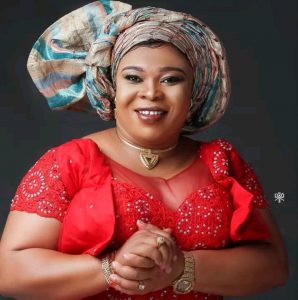 She expressed optimism in the capability of APC to win the forthcoming General Election and voting more women in various elective positions which she says by God grace she will be among those to be elected.