Operatives of the Ekiti State Security Joint Task Force have killed a member of a kidnapping gang and rescued two persons. 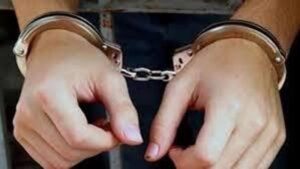 The Police Public Relations Officer in Ekiti, Sunday Abutu, who confirmed this in a statement on Thursday, said the security team laid an ambush for the kidnappers.

He explained that the gang had kidnapped two persons and demanded a ransom as usual before they could be released.

But the security operatives, who got to know about the abduction, set a trap for the criminals and gave them a hot chase in the process of picking up the ransom of N2 million they had demanded on Wednesday.

The kidnappers were chased up to Eruku in Kwara State, where one of them was shot dead during a shootout that ensued after the security team caught up with them.

According to the statement, the team comprises personnel of the Nigerian Army, police, and Amotekun Corps, as well as local hunters and vigilantes in Ekiti.

“The corpse of the kidnapper, as well as all the exhibits recovered, were handed over to the nearby military checkpoint for onward transmission to the Ekiti State Police Command while the security operatives continued with their operation,” the statement said.

Items recovered from the kidnappers included one AK 47 rifle with 25 live rounds of ammunition, a cutlass, two mobile phones owned by the victims, and a cash of N210,000.

While the two abducted victims were rescued, the police said the team would continue the search for other fleeing members of the gang.