Authorities are yet to understand the extent of the attack on Wednesday evening, an official said. 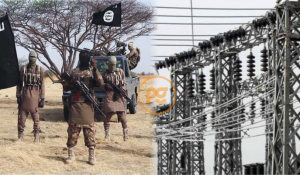 Boko Haram and Power Plant used to illustrate the story
Boko Haram elements on a mission to seize the power station in Shiroro have killed at least 17 security forces and abducted four Chinese workers, according to government officials and local sources.

The attack on Wednesday evening left the community devastated as residents began a mass exodus from the area in order to avoid being caught in the crossfire.

At least 17 soldiers and police officers were killed, while four Chinese workers were seized during the assault by the insurgents. The state government said in a statement that four Chinese were abducted, but could not immediately ascertain fatalities of security personnel.

The government said reinforcement was dispatched to the scene, but no further details could be provided as of Thursday morning.

Ajata Aboki Village where the incident occurred in Shiroro Local Government Area is about 200 kilometres northwest of the Nigerian capital Abuja. Boko Haram fighters have made repeated attempts to seize the facility, which contributes about 620 megawatts to the national electricity grid, since last year.

A spokesman for the Nigerian Army and the police headquarters did not immediately return requests seeking comments about how the incident unfolded and what efforts had been activated to nab the assailants.

“The Boko Haram terrorists tried to take over Shiroro station again and on their way they met resistance from our men and left many of them killed,” a security source told Peoples Gazette by telephone on Thursday morning, fearing that casualties may rise from the violence. “We have been receiving reports that the situation might be worse than we know right now.