The founder of of David’s Christian Center, Pastor Kingsley Okonkwo state that he has had more virgins wedded than non-virgins in my life. 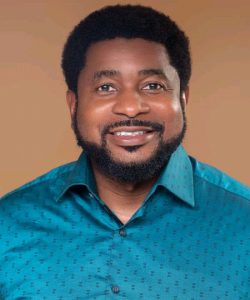 Popular Lagos-based cleric made this known in a recent sermon while speaking on the possibility of keeping godly relationships in this present time.

The clergy man was of the view that most singles find it unbelievable that relationships void of s3x actually exists in today’s world.

According to him, until one meets their spouse and eventually tie the knot, every s3xual experience(s) gathered prior to that time is a total waste.

PK, as he’s also called, noted that “Most people believe that in the day and age. Is it possible to have a relationship without s3x? The answer is capital YES!

“I have had more virgins wedded than non-virgins in my life. They have a chance for their marriage lasting than all these experiences you’re gathering.

“Until you meet the person you want to marry any experience you’re gathering is a waste of time.”

“Some of you, you’ve done over syllabus. You have PHD in sexology. The person you want to marry is OND or school cert (WAEC).”