A 55-year-old Islamic cleric, Tunde Olayiwola has confessed that he bought the fresh human he#d found in his possession at Ajagbale area of Oka in Ondo town, Ondo State for N60,000. 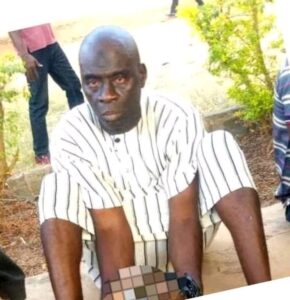 Olayiwola who was paraded at the Ondo state police command said that the fresh human head was meant for money rituals. In an interview, the suspect said he ordered for the fresh h#ad for money rotual at the sum of N60,000.