Just few weeks ago, the former Abia state Commissioner for Finance, Obinna Oriaku advised that for Abia state Government under the leadership of Gov. Okezie Ikpeazu to move foward there must be total change in the template of running the Government which has been in use since creation. This is as the current system cannnot sustain the state, but he was attacked by political jobbers. 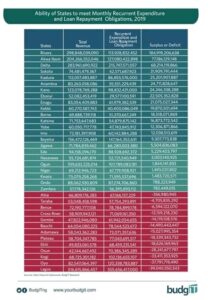 That was not the first time the banker and digital financial expert has raised such an alarm.

Recall that in 2016/2017 Obinna had submitted a memo on the reform and restructuring of the Board of Internal Revenue (BIR)and civil service in Abia. He also raised alarm at how the state Internally Generated Revenue (IGR) is ending up in private pockets and posited that if certain drastic measures are not taken, that the state will only end up using the allocation from the Federal Government to pay only salaries but no meaningful development.

This resulted in the restructuring project of the BIR which was aslo truncated by some vested interests who insist that Abia must only breathe through their nostrils.

It is on record that Abia sought and engaged the consultant that turned around Kwara IGR to current 2b monthly but all that were frustrated because of selfish reasons.

However, those in the game of shortchanging the state, in revenue collection went to town and tagged him enemy, sending the wrong signal to Abia citizens but unknown to Abians, Mr. Oriaku was trying to save the state and the Government of Okezie Ikpeazu.

Now, an agency of the Federal Government has raised alarm that Abia state and twelve other states in the country lacked the revenue capacity to fund their recurrent revenue in 2019.

According to BudgIT’s State of the States Report, 2020.

The 13 states, according the report which was released on Thursday, are Lagos, Oyo, Kogi, Osun, Ekiti, Plateau, Adamawa, Bauchi, Gombe, Cross River, Benue, Taraba and Abia.

The report noted that from analysis, the total revenue of the 13 states was not enough to fund their recurrent expenditure obligations, including salaries, overhead, debt service obligations, and meet loan repayment schedules that were due in 2019.

“The worst hit of these 13 states are Lagos, Oyo, Kogi, Osun and Ekiti. Others are Plateau, Adamawa, Bauchi, Gombe, Cross River, Benue, Taraba and Abia,” the report said.

The report observed that the development could indicate early signs of distress particularly for states who have very low revenue generation capacities.

‎Noting that the fall in oil prices has led to a decline in federal revenue, BudgIT urged the states to grow their internally generated revenue.

Lagos, Ogun and Rivers will be least affected by dwindling federal revenue due to their higher IGR profiles, while Bayelsa, Borno and Katsina would be worst hit, according to the report.

Rivers State occupied the number one position on BudgIT’s 2020 Fiscal Sustainability Index as it was able to meet its recurrent expenditure with only internally generated revenue (IGR) and value added tax (VAT).

Now, the question begging for an answer is; will Abia state Government swallow their pride, dust Mr. Oriaku’s 2016 reform package, impliment it to save the state from total collapse or continue with the present deceit of a voodoo economist, by hiding the truth while the government and the citizens continue to sink deeper into irredeemable financial mess.

ACCESS BANK COMPLETES ACQUISITION OF ANOTHER BANK Posted on January 7, 2021 by News Mirror

DEPOSITORS PANIC AS CBN REVOKES THE LICENCE OF SOME BANKS !