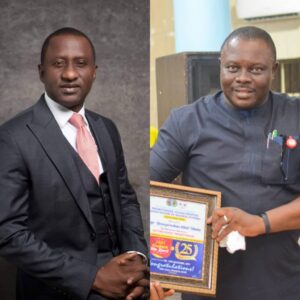 Dr. Ogah described the award as a recognition of selfless service in God’s vineyard by Mr. Okali.

In a congratulatory message on Sunday, the Minister urged the award recipient, Ifeanyi to uphold his zeal, strength and commitment in raising the body of Christ, saying the reward awaits.

The Minister while stressing that the safest investment is in contributing to the growth of the church by involving in missionary assignments said his personal observation has shown Mr. Okali as someone who has an unusual passion in what he believes in, adding that God who sees even when no man watches will reward him in multiple folds

PYPAN South Central Synod had honoured Mr. Okali in recognition of his contributions to the development of the youth ministry of the Presbyterian Church of Nigeria.

The award ceremony which took place on Friday coincided with the 2021 Shabach Da Lord and 25th anniversary of the Association in Umuahia.