The national secretary of the Caretaker/Extraordinary Convention Planning Committee (CECPC) of the ruling All Progressives Congress (APC), Senator John James Akpanudoedehe, has refuted media reports suggesting that he has resigned his position. 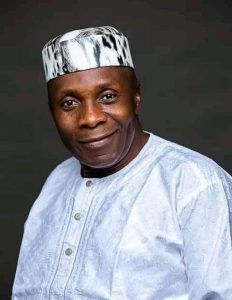 Akpanudoedehe was said to be seen packing his belongings from the party’s national secretariat at Blantyre street Wuse 2, Abuja on Tuesday.

The reported Akpanudoede’s resignation followed a report by a national daily newspaper that President Muhammadu Buhari had ordered the sack of the chairman of the party’s national caretaker committee and Yobe State governor, Mai Mala Buni and in his stead, appointed Niger State governor, Abubakar Sani Bello, to take over the affairs of the party earlier on Monday.

But speaking with journalists at the party’s national secretariat shortly after news of his resignation broke out on Tuesday, Akpanudoedehe spurned the media reports, saying it is only an official notification from President Muhammadu Buhari that can perfect his removal and that of the national chairman, Buni.

“I am waiting for the Chairman (Buni). If we have directive from the president that we should resign, we are not bigger than the president, we will do so, if we hear from him. Somebody cannot say go and announce he is resigning. Like MKO Abiola used to say, you don’t shave someone’s head in his absence. So, we have done so much”, the APC national scribe stated.

Noting that the Buni-led caretaker committee has done so much for the APC, he said if he had resigned, his resignation letter would have been in the public domain, adding that it was not the first time the APC was witnessing power play.

He said, “I have read in social media that I have resigned as Secretary of the APC. I want to state that it is not true that I resigned. If I have resign, you would have seen my letter of resignation written by me. Someone cannot just say somebody is dead when he is alive.

“We have done so much for this party. When we inherited this party, if you can recall, it was in its lowest ebb. We built the party and recovered a lot of grounds. We were able to register 41 million members. And we bought this secretariat of the party.

“We have been able to recover what we lost. We lost and brought in a lot of governors. All the states we lost, we brought in two weeks.

“We have been able to go round this country and the constitution that was a difficult thing to do, we have done it in less than one year.

“We have done reconciliation, ward, local governments and state congresses and we are about to do the national convention. This is not the first time you are seeing power play.”