Justice Inyang Ekwo of a Federal High Court in Abuja on Tuesday declared as illegal, the defection of Governor Dave Umahi of Ebonyi State and his deputy, Dr Kelechi Igwe, from the Peoples Democratic Party to the All Progressives Congress. 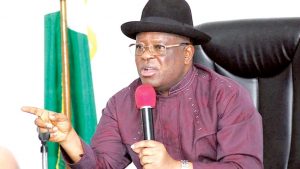 The court made the order in a judgment on a suit filed by the PDP seeking the removal of Umahi and Igwe from office.

While Umahi, at a press conference in Abakaliki berated the judge and insisted that he remained the state governor, the PDP National Chairman, Iyorchia Ayu, said the party had forwarded Umahi and Igwe’s replacements to the Independent National Electoral Commission. 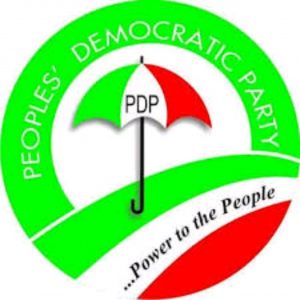 Earlier on Tuesday, the FHC Abuja held that the crux of the suit was the defection of the third defendants (governor) and the fourth defendants (deputy governor) from the PDP to the APC.

The judge said the declarations of the third and the fourth defendants did not address the issue of defection rightly and frontally but rather resorted to general denial and affidavit evidence.

Justice Ekwo said the depositions of the third and the fourth defendants in their counter-affidavit were “evasive and insufficient” to competently challenge the plaintiff’s originating process. 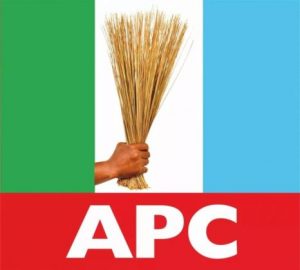 The court said Umahi and Igwe did not controvert the deposition that total votes scored in an election belonged to a political party.

Justice Ekwo said there was enough evidence that the second defendant (the APC) contested the Ebonyi State governorship election held in March 2019, with its own candidates.

He stated, “It can be noted that the constitution does not deal with the issue of defection lightly. The third and fourth defendants cannot transfer the votes and victory of the plaintiff on March 9, 2019, to the APC.

“Offices of the governor and deputy governor of Ebonyi State belong to the PDP. The option for Umahi and Igwe is to vacate office and wait for next election to contest election under the platform of its new party”, the court declared.

Consequently, the court declared that under the democratic system operated in Nigeria, the plaintiff won the majority of votes during the election and was entitled to enjoy same till end of tenure of office for which the election was made.

The court, therefore, restrained Umahi and Igwe from further parading themselves as governor and deputy governor of Ebonyi State.

In another judgment, the judge sacked 15 members of the state House of Assembly who defected from the PDP to the APC on the same grounds the governor was removed.

But Umahi, in his reaction, declared that he was still the governor of Ebonyi State and faulted Ekwo.

Umahi said he was not surprised that the judge delivered the judgement in favour of the PDP, adding, “Ekwo was charged and needed to discharge.”

Umahi stated this during a press conference, in Abakaliki, on Tuesday.

According to him, Justice Ekwo was on a mission to embarrass the APC and the Federal Government, saying, “I feel sorry for the Nigerian judiciary.”

Umahi said he would appeal the judgement by the Federal High Court.

The governor said, “I am still the Governor of Ebonyi State and there is no tension at all. In the first place, there is no constitutional provision for any hatchet man to remove a governor. There are three ways whereby a governor can vacate his office: it’s either by death, resignation and impeachment.

“There is no other constitutional provision that empowers a hatchet man to turn the constitution upside down.

“I have listened to the judgement of Inyang Ekwo and it’s very obvious that he was on a mission. He was making all efforts to upturn the rulings of the appeal and supreme courts, on issues like this.

“We heard the rumours before now that he was determined to give judgement against all known laws and the constitution, first to embarrass the APC, and to equally embarrass the Federal Government.

“We have petitioned the NJC ( National Judicial Commission) and we will follow it up to the end to ensure that this man (Ekwo) is brought to justice. I want you to disregard the judgement, because it’s null and void.”

The PDP, in the state, described the ruling as victory for all Ebonyians, saying it marked the end of impunity and rascality.

Umahi’s sack is victory for all Ebonyians – PDP

Speaking to one of our correspondents, in a telephone interview, on Tuesday, the Publicity Secretary of the PDP in the state, Mr Chika Nwoba, said the state was notorious for political indiscipline, injustice and anarchy, under the current government.

“It’s victory for all Ebonyians. This marks an era of political indiscipline and irregularities in the state.”

Another chieftain of the PDP, in the state and former Commissioner for Information, Chief Abia Onyike, said the judgment of the Federal High Court was one of the greatest legal pronouncements in Nigerian political history.

But the state chapter of the APC rejected the judgement.

The Chairman of the party in the state, Chief Stanley Okoro-Emegha, in a reaction said the presiding judge erred in his judgement, describing it as an abuse of the constitution.

He stated that there was already subsisting judgement of a High Court in Abakaliki, and also in Zamfara State which ruled that a serving governor or his deputy could not be sacked from office on account of their defection to another party.

Also, the Publicity Secretary of the APC in the state, Mr Ogbuatu Chidi Simba, said the PDP only set out to distract Umahi, adding that it was an effort in futility.

He stated this in a statement, on Tuesday, a copy of which was made available to the press.

“For position of deputy governor, the party is putting forward Mr Fred Udogwu.”

He added that certificates of return should be given to the two nominees.