Abule Ado Explosion: The Outstanding Woman Of The Year 2019(Dr Nkemdi C. Mordi Kenneth) commiserates with the victims, mourns constituents who lost their lives in the incident 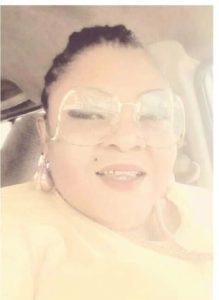 The President/Founder Of Nkemdi Mordi Development Initiative(NMDI)Bringing Hope, Ligthing Lives And The Outstanding Woman Of The Year 2019 has commiserated with the victims of the explosion that happened in Abule Ado, Lagos State.

Speaking she expressed sadness over the deaths and massive loss of properties that occurred during the explosion which happened on Sunday morning.

“Even though this unfortunate incident happened in Lagos State, the Deaconess and her husband who died alongside their son and househelp were from Enugwu-Ukwu, a community in my State Anambra State”

Dr Mrs Nkemdi C Mordi also extended her sympathies to the management of Bethlehem Girls College, over the loss of their Principal, Reverend Sister Henrietta Alokha who died while trying to rescue some of the students of the college from the impact of the explosion.

She called for preventive measures against such explosion which has become recurring in certain parts of the country.

In her words, “It is important we take urgent steps to replace some of our dilapidated pipelines. Efforts must also be made to address the issues of connivance of residents with pipeline vandals”.

Concluding, she called on the government and people of Lagos State, to ensure that necessary steps are taken to permanently address the controversies and challenges around the nation’s pipeline network.

Ikpeazu and the Resurrection of a Dead Man (1) Godwin Adindu