Donald Olufemi Fajuyi is the first child of slain Military Governor of the now defunct Western Region, Lieutenant Colonel Adekunle Fajuyi. In this interview with OLAOLU OLADIPO in his Ado Ekiti home, he goes down memory lane to recollect his time with his late father whom he describes as a role model and moral compass. He also talks about the circumstances of his death but added that he habours no grudge against General Yakubu Danjuma regarding the role he played in the abduction and eventual death of his late father. Excerpts… 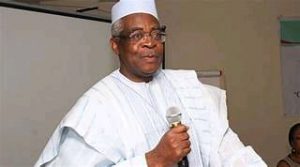 How do you see the decision taken by your late father to die alongside his boss, the nation’s first Military Head of State, late Major-General JTU Aguiyi-Ironsi?

That incident of July 29, 1966, in which my father voluntarily opted to die with General Aguiyi-Ironsi, to me, was a reflection of the standard of that period among the military officers. Unfortunately and regrettably it doesn’t really exist now, though I concede that I am not a soldier. I know that we have many gallant officers and men fighting insurgents. Even though that action was because he was a public figure. He was the governor. The action was just a reflection of his Yoruba ethos. To me, my father did what an average Yoruba man in his shoes would have done. The action again is also a reflection of his British upbringing.

Looking back, do you have any form of personal regrets over the decision that your father took? 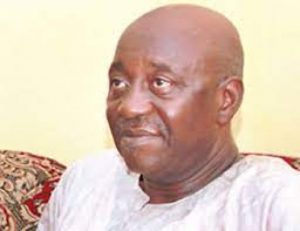 Well! For someone to lose a father at the age of 15 was a life changing experience for me because I never envisaged that he would die so soon. Whether I regret it or not does not arise because one can’t really regret the flow of life. I am very proud of him. I will always want and wish to live up to that reputation that he has built for us. In my personal life, I try to maintain that kind of standard. These are the things that our society needs today. We need a moral rebirth in this country.

Where were you on that fateful day?

I was in school at Christ School, Ado-Ekiti. I listened to everything on BBC. There was a radio he brought for me from his tour of duty to the Congo. I used to tune in to the BBC since he bought the radio for me. On that night, I heard that the Nigerian head of state and the governor of the Western Region had been kidnapped by dissident soldiers and had been taken to an unknown destination.

So, you didn’t stay with him at the Government House in Ibadan?

Yes! Even my mother wasn’t staying with him at the Government House. She was living here in Ado-Ekiti.

How did he get the news of his appointment as the Military Governor of the Western Region?

He was on leave that January. He was even here in Ado-Ekiti when the (first) coup occurred. When coups occur, all personnel must report to their duty posts. So, he went back to the barracks. He told us stories of what happened to him on the way while making his way to Lagos because he drove himself.

What kind of stories did he tell you?

You know there was some political upheaval at that material time which brought about killings by members of rival political parties here in the Western Region. He narrated to us how he had to pass through several roadblocks mounted by supporters of the major political parties fighting themselves. He said they’ll allow him to pass because he was a soldier. According to his narrations later, when he got to Lagos and got to the chambers of the Supreme Military Council in Dodan barracks, he said the Head of State Colonel Yakubu Gowon looked at him and said, ‘Francis, you made it!’ Gowon said so because travelling within the country was so fraught with all sorts of risks. It was at that meeting that he was made the Military Governor of the West.

How did he communicate the appointment to the family?

We heard it on the radio just like any other Nigerian.

What was your immediate reaction to the news?

To me it wasn’t really significant because I thought it was just any other military posting that he had prior to that time. We didn’t know what being a governor was compared to the way it is now. Don’t forget that being an officer of the Nigerian military was a huge privilege in terms of position. Even though he was just a Lieutenant Colonel, he was still a senior officer. All the perks were there. He had an official car; he already had a batman, a house boy.

He never came back to Ado-Ekiti to inform the family?

No! He left Lagos straight to Ibadan but my mother now went to meet him there later. There was a school holiday at a time and I ran to Ibadan. When I got there, I was running around the Government House. Whenever I wanted to go out, they gave me a car. It was quite interesting for me.

What kind of man was Francis Adekunle Fajuyi?

Let’s divide your question into two. As a father, he was a wonderful man. He believed in teaching. My father would take me out. He tried to expose me to as much of the world as possible. He made me ask questions about whatever I saw. He would point out things to me, instructed me, told me what was happening, who people were. He was also a disciplinarian who of course would flog me when I broke any of the rules that he set for me. He would call me to tell me what I did wrong before caning me. He did something quite funny by telling me to get the stick with which he flogged me with. He would give four or six strokes depending on the severity of my offence. At home, his relationship with my mother was so fantastic. He loved her very much. I remember they would sit in the sitting room to play Ayo. My late father was full of humour too. Always willing to help, the house was always a Mecca of sorts whenever he came home.

Was that when he became the Military Governor?

No! He wasn’t coming home as frequently as before because he was in Ibadan throughout but I remember that he came home once as the governor during a tour of duty to Ado-Ekiti. The event was very fantastic as everyone in Ado-Ekiti came out to see their son who has just been appointed the military governor.

Let’s go back to what your immediate reaction was. How did you feel when you got the news via the radio that your father had been taken away?

I thought it wasn’t possible for that kind of thing to occur because as a soldier, he was loved by his subordinates who could die for him. He was a kind of soldier who bonded very well with his troops. I knew that he would never send anyone anywhere where he himself won’t go. If there was any particular object to be attained, he would personally lead the soldiers there.

I’m told he was awarded a medal in The Congo?

Yes! By the United Nations; he was awarded the Military Cross, the highest given to officers for bravery and valour.

What did you do when you got the announcement of his kidnap on the radio?

The next thing was that at 6 am the following day, members of my extended family came to my school. Their visit came as a surprise to me because that has never happened before. They were trying to hide the information from me but my mother had left for Ibadan that night when she heard it on the radio. The news had gone round the school.

How did you get the news that he had died?

Late Mr. Peter Odumosu who was then the Secretary to the military government drove all the way to my school at Comprehensive High School at Ayetoro. My principal sent for me and Odumosu said to me, Donald, I want you to take me to Ado-Ekiti. I was struck by the request of an old man asking a 15-year- old boy to take him somewhere. The request sounded somewhat awkward to me. I took some things into my bag and off we went. On getting to Ado-Ekiti, he gave me a letter and asked me to read it to my mum, which I did. The letter was signed by Gowon to state that the body of my father had been recovered in Ibadan.

Did General Gowon make any effort to personally contact the family?

No but I was always writing to him to get update on the whereabouts of my father but I remember that he responded once to say that the government was still searching for him.

Looking back, how do you feel?

I have come to realise that Nigerians love Fajuyi. My life today is a reflection of that love.

You believe that he has left a worthy name?

Yes! On countless occasions I have heard people speak glowingly of him and that has continued to make me proud of him. There was a time I was in Abuja to do some litigation stuff and I was supposed to get back to Lagos but for some reason I missed my flight, I contacted the station manager of the airline who was amazed when he saw my name. He asked me if I was in any way related to my father and I said yes. I don’t know how he did it but he put me on the next flight of another airline.

Are you in any way satisfied by efforts of governments to immortalise him?

Many states in the Western Region and Abuja have had streets named after him and I am happy about that. His name is all over the place. That is very well appreciated by the family.

Has anyone of his direct or grandchildren opted to join the army?

None so far but I tried to join the army during the Civil War but was turned back by some very senior officers because they felt I was too young to join.

With what happened to your father, will you discourage any of your children from joining the military?

No, I won’t do that but I will encourage them to equip themselves with the requisite qualification to be at the top echelon of the force.

Have you ever met Lt.-General Yakubu Danjuma especially considering the circumstances leading to your father’s death?

I tried to reach out to him some time ago but didn’t succeed.

If you had met him, what would you have told him?

He was a young officer, in fact a lieutenant in 1966. We have all read his own account of the event as they occurred even though disputed and I don’t hold any grudge against him. He wrote that he regretted the death of my father because it wasn’t part of their mission. He said it was unruly soldiers that killed Fajuyi. He said he was not even on the scene of the incident and I believe him. He admitted that he was party to those who took him out of the Government House but was not present when he was being shot. I wish to meet him.