Bloodbath imminent in Nigeria’s South-East following the approval given by President Muhammadu Buhari to the country’s security agencies to launch a “major offensive” in the region.

TheCable, which broke the news of the impending devastating operation in an exclusive report, quoted “multiple security sources” as informing it that “President Muhammadu Buhari has given the security agencies the marching order to curtail what many Nigerians fear is a descent to anarchy.” 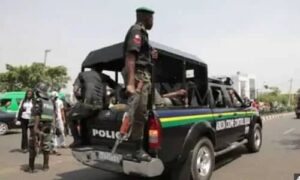 The portal noted that “there has been a sustained campaign of arson on government buildings and killing of police officers in the south-east and parts of south-south since the turn of the year. 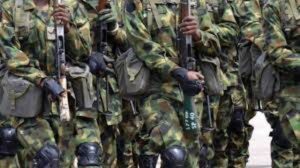 It quoted an unnamed security operative as claiming thus: “The Indigenous People of Biafra (IPOB) has recruited over 50,000 foot soldiers, as it were, into its Eastern Security Network (ESN) and stockpiled arms, most of which were stolen from police armoury during the End SARS protests. 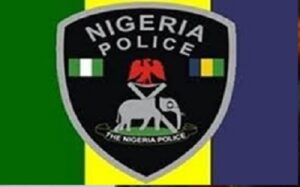 “They have been bringing in arms through Cameroon in partnership with the Ambazonia Governing Council, the separatist movement in Southern Cameroon. IPOB sends at least 2,000 men and women to Cameroon for training on weapon handling every week.”

But, as the portal, noted, “IPOB has denied being violent in its separatist campaign, but it has also said it assembles arms and ammunition locally.”

It further said: “Nigeria is expecting delivery of some military equipment, including fighter jets, from the US this month.

“TheCable understands that police operations have also been rejigged in the south-east ahead of the offensive, with three deputy commissioners of police and squadrons of anti-riot police being deployed per state.”

The report comes on the heel of Buhari’s warning on Tuesday that whoever wants the destruction of the system “will soon have the shock of their lives. We’ve given them enough time”.

Making reference to the Civil War of 1967-1970 when the declaration of Biafra was resisted by the Nigerian government, Buhari said he was going to be very hard to restore peace.

“Those of us in the fields for 30 months, who went through the war, will treat them in the language they understand. We are going to be very hard sooner than later,” he added.

Analysts have warned the administration, which has repeatedly been accused of being anti-Igbo, to rethink the planned special operation in the South-East (the heart of Igbo land), arguing that the administration has yet to bomb the bandits ravaging the North even though it knows there locations, or Sambisa Forest in Borno State, the acclaimed headquarters of Boko Haram insurgents.

Already, tension is high across the South-East, with security agents being accused of indiscriminate arrest and killing of innocent youths in the guise of hunting for IPOB/ESN members and unknown gunmen.