Boko Haram in Shambles!! Thorn In The Flesh Of the Insurgent Group Returns 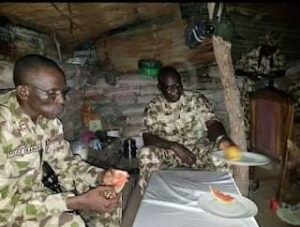 However, this article focuses on the new chief of defence staff, Major General Leo Lucky Irabor who I described as “a thorn in the flesh of Boko Haram”.

The recent appointment of General Irabor by the president is an attestation of his vibrant leadership qualities and capacities. The dynamic soldier has proved himself as a capable general on many occasions. Fighting the insurgency especially the Boko Haram elements is perhaps one of the greatest tests of his military career.

Though the assignment had put him under great stress and pressure, the General has always been on top of the situation especially when he was made the Theatre Commander of OPERATION LAFIYA DOLE, North-East Nigeria, thereby showing to the whole world that his team will always have an edge over the insurgents no matter where they are hiding. 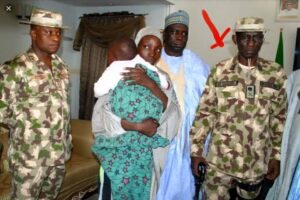 The General was also Force Commander Multinational Joint Task Force in the Lake Chad Basin Area. The operations focused on Counter-Terrorism/Counterinsurgency. He is a distinguished awardee of several militaries, ECOMOG and United Nations Awards and Medals. The senior officer is widely traveled.

Below are some of his achievements when he was the Theatre Commander of OPERATION LAFIYA DOLE, North-East Nigeria.

1- The fall of Sambisa
Camp Zairo, was believed to be the headquarters of the terrorists. Thanks to Irabor, who successfully gave the troops the required leadership that led to the fall of the household name: Sambisa forest. Today, the forest has been turned into a training ground.

History has well documented the reopening of strategic roads serving as window from Nigeria to other neighborhoods. We witnessed the Sallah gift in the form of reopening the Maiduguri-Gamboru Ngala road, the Maiduguri Mobbar road and Gwoza- Madagali road. This is a feat achieved under the reign of General Irabor, owing to successful liberation of the villages and towns followed by subsequent return of people back to their homes.

3- Rapport between the military, para military and civilians

The creation of harmonious working relation between the military and civilians as well as para military in Maiduguri has added value to this astute General. Perhaps that is why the news of his redeployment was welcome with shocked. People of Borno so much value and appreciate his contributions for tirelessly ensuring they sleep with two eyes closed. The encomiums showered on him Is a testimony of how honourable he was during his stay in Maiduguri.

He takes over from General Abayomi Gabriel Olonisakin.

Major General Irabor who is the immediate Chief of Training and Operations, Defence headquarters, took over from the erstwhile Commander, Major General AA Tarfa.

Major General Lucky Irabor is a trained Engineer from Obafemi Awolowo University and holds two Masters Degrees from the University of Ghana, Accra, and Bangladesh University of Professionals, Dhaka.

Major General Leo Irabor as Chief of Defence Staff is a wonderful choice with his experience and commendable performance at the N/E theatre of war.