The National Chairman of the Peoples Democratic Party (PDP), Dr Iyorchia Ayu, on Sunday, assured that the party will reclaim leadership in at least 25 states of the country in 2023. 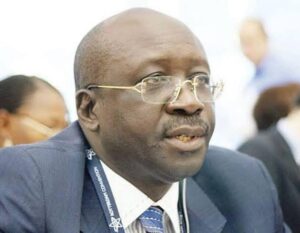 Ayu made the remark at a Thanksgiving Service/Reception held in his honour at the Aper-Aku Stadium in Makurdi, the Benue State capital.

“We are determined to reclaim at least 25 states in this country. We determined to claim the two national assembly seats – Senate and House of Assembly.

“We will stop the drift of people who migrated from the PDP to other parties. We shall move on a serious drive for more people in the party,” he said.

The national chairman also said that the PDP would, as a team, fight tooth and nail to win Ekiti and Osun States in their soon coming governorship elections, stressing the need for the party faithful to square up to the challenges ahead.

He regretted that Nigerians and indeed youths of the country have lost hope occasioned by bad policies of the current federal government, urging them however not to be discouraged as the country would be great again.

“Nigeria is not going to break up. Nigeria will remain united, productive, respected and be at the forefront of world affairs. Every single member of the PDP will be carried along.

“It is the only way we shall rebuild our party. The PDP will fight tooth and nail to win Ekiti and Osun elections. Those mistakes which made us lose the election in the past will be corrected,” Ayu added.

He however predicted the collapse of the ruling All Progressives Congress (APC) by March/April 2023, as he further described the party as “a contraption.”