Renowned Islamic Cleric, Sheikh Ahmad Gumi, has described the Muslim-Muslim ticket as deceit, saying what Nigeria needs in 2023 is an experienced leader that can unite the people. 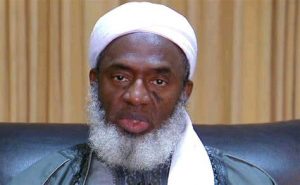 He said that Nigeria does not need a novice as president, but an experienced politician to lead it in the 2023 general election.

He advised that Nigerians should do away with ethno-religious politics in this 21st century, and come together as one united people for the progress of the country. 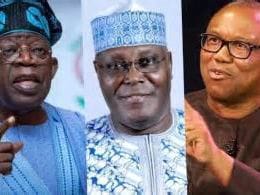 Speaking in an interview on the forthcoming general election and the state of the nation, Gumi said there was nothing wrong with politicians contesting elections several times, seeking victory.

On Tinubu who said it is his turn to be President, Sheikh Gumi said, “it is not proper for him to say it is his turn. There is no question to saying it is my turn. Don’t say it is my turn because if people like you they will vote for you. He is a good administrator, he can do it. The Muslim-Muslim ticket is unnecessary.”

“We all know, all these politicians are looking for votes. The Muslim-Muslim ticket is, let me use Hausa language, is wayo (deceit). It is not religion. Whether it will work or not, I don’t want to prophesize, but there are a lot of hurdles. In fact, all political parties have hurdles. Muslim-Muslim ticket is going to be a laboratory test for others to emulate or not”.

On Peter Obi, he said “youths following him are divided like the adults. He needs to reach out to other segments of Nigerians. Relying on youths is not enough. He has to be all over the place, and not leaving politics to one region”.

Sheikh Gumi warned that if an inexperienced politician is voted into power, he will find it difficult to assemble the best brains within a possible time framework to set the nation working progressively.

Sheikh Gumi noted that it took President Muhammadu Buhari over six months to appoint Ministers and government officials because he (Buhari) was an inexperienced politician.

“So let’s talk about Nigeria as one united people. Nobody controls anybody in the country. So let’s move forward. Look at America, nobody is talking about power rotation. Let’s develop a democracy that we can sustain,” he added.

He said social injustice and poverty were responsible for insecurity in the country, adding that seven years into President Buhari’s government, almost every Nigerian is feeling the pains of socio-economic hardship in the country.