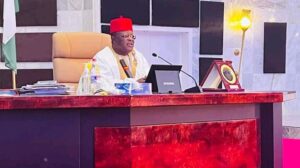 He was reacting to a statement credited to IPOB spokesman Emma Powerful last week in which the group warned President Buhari to shelve his planned visit to Ebonyi.

The governor expressed dissatisfaction with the group’s stance while speaking at a special end of the year thanksgiving service of the state at the new government house chapel, centenary city, Ebonyi. 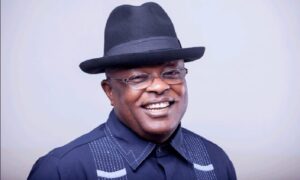 Buhari was to visit Ebonyi in November to commission some projects, but Umahi said he and the President agreed to shelve the meeting till next year.

He said: “I saw where one misguided element that calls itself IPOB said Mr President was not welcomed in Ebonyi. 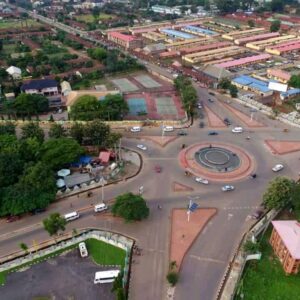 “I was in Paris and I told Mr President that the leaders of Southeast would want to visit him over the issue of peace in the region and appealed to him to postpone the visit till early next year.

“But I didn’t want to tell our people, because I was urging them to keep pushing our projects as if the President was going to come this year. And I’m not sure up to three or four people knew this; so, I kept it to myself.