The Principal of Dowen College, Lagos, Adebisi Layiwola, on Tuesday, wept before an Ikeja Coroner’s Court while narrating how the death of a 12-year-old student, Sylvester Oromoni Jnr., was relayed to her. 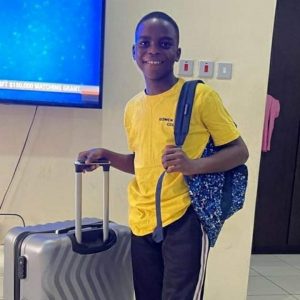 The News Agency of Nigeria (NAN) reports that the Coroner, Mikhail Kadiri, had to stand down proceedings for 10 minutes to enable the principal to pull herself together.

Mrs Layiwola said she got the news of the student’s death while in the process of investigating an allegation that the deceased was bullied by some senior students.

“When the uncle of the deceased came to the school, we were still in the process of the investigation.

“He received a call from the sister of the deceased in my presence, that the deceased’s case had taken a bad turn.

“It was not long, he received another call that the boy had passed on,” she said.

At this point in her testimony, the Dowen College principal broke down in tears and the coroner ordered a 10-minute break.

Earlier, Mrs Layiwola, who has been the principal of the school for four years, told the court during cross-examination by counsel to the Oromoni family, Femi Falana (SAN), that there was no cult in the school .

“On the cult allegation, there is no cult in the school.

“In October, I was informed that the deceased was told to describe the nudity of his sister by some students.

“We called the students who were involved but we did not really talk to them about being in a cult. We spoke to them on the issue of bullying.

“On the issue of private part description, we set up a panel to investigate and make a recommendation.

“Due to the sensitive nature of the case, the boy in question was given an internal suspension, internal work for two weeks.

“He was made to apologise to the sister and the deceased. He also went for counselling,” she said.

Mr Falana asked if the witness asked the students whether they gave the deceased a substance to drink.

“Would you be surprised that a black substance was found in the deceased body?” Falana asked.

Via News Agency of Nigeria (NAN)