A US-based Nigerian man, Bolanle Fadairo, has been arrested by the police in Houston for allegedly shooting a fellow Nigerian to death and then leaving the victim’s two-year-old son to die in a hot car. 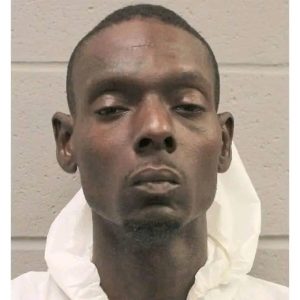 The 38-year-old suspect was arrested on Wednesday, September 21, and has been charged with two counts of murder and one count of tampering with evidence in connection with the death of 38-year-old Michael Essien and his son. 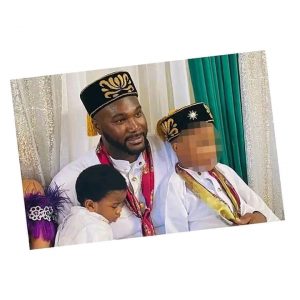 Fadairo is accused of shooting Essien multiple times after an argument outside a strip center in the 5500 block of El Camino Del Rey and Chimney Rock on Tuesday, September 20.

According to Houston Police Department press release, investigators learned the victim met Fadairo at the location and the two spoke briefly, even argued before he then sh@t the victim. Investigators say Fadairo admitted that he had known Essien for about 30 years.

Fadairo then allegedly entered Essien’s black Chevrolet Traverse and fled the scene with the boy in a car seat in the third row of the SUV.

Officers say they found the SUV about 7:10 p.m, they br@ke the vehicle’s window and found the 2-year-old victim unresponsive inside.

The cause of death of the boy has yet to be determined. Police suspect the boy d#ed from heat exhaustion, according to the probable cause statement.

Fadairo allegedly gave police a statement “admitting he shot Essien, states Essien owed him money, claims no knowledge of boy in rear seat. Admits deleting incriminating text messages off his cellphone between himself and Essien,” according to the probable cause statement. – IB