Lawyers, journalists and other litigants with hearings at the same court are not being allowed entry by the SSS. 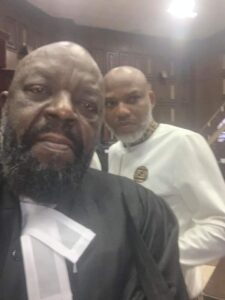 The State Security Service (SSS) has blocked all access to the Federal High Court sitting in Abuja to prevent lawyers and journalists from attending the trial of separatist and leader of the Indigenous People of Biafra (IPOB) Nnamdi Kanu.

Other litigants who have court hearings scheduled for today are also not being allowed entry into the court by the SSS Peoples Gazette gathered on Thursday morning. 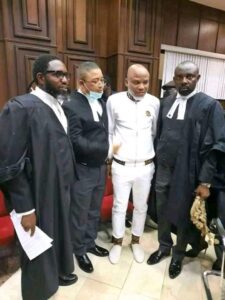 The secret police has denied Mr Kanu access to his lawyers and family since he was abducted and brought back to Nigeria by state operatives in Nairobi, Kenya, with many people questioning the legality of the manner in which he was rearrested.

Mr Kanu was initially charged for terrorism, however, in an amended charge sheet, the SSS said he was now being arraigned for calling President Muhammadu Buhari an idiot, a terrorist, and “embodiment of evil.” 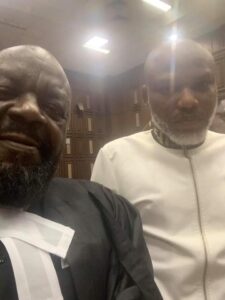 Spokesman to the SSS, Peter Afunnaya did not respond to calls and messages from The Gazette seeking comments on the blockage of the courts.