The Director ABN TV, a leading online medium in Nigeria, Mr. Ifeanyi Okali has declared that he has no interest in contesting for a political position in 2023. 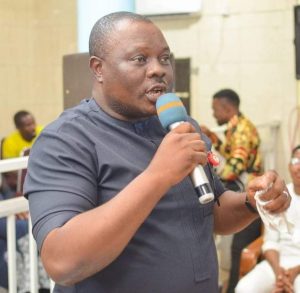 This was in response to enquiry on why he decided to fix a dilapidated rural electrification project in Ebem Ohafia his home town in Ohafia local government area of Abia State.

In a Facebook post, Okali the publicity secretary of Ebem Ohafia Development Union, EODU stated that he must not have a political interest to embark in a developmental project in his community.

He had earlier donated a motorbike to the vigilante group in his community to enable them perform effectively especially.

Through Mr. Okali’s effort, it was revived and restored at the weekend.

Other members of the EODU executive and community members have also pledged to make their contributions in ensuring full restoration of power in the community market.

ABIA 2023: Why Ncheta Omerekpe Is Best To Take Over From Gov. Okezie Ikpeazu Posted by News Mirror, April 19, 2023