I lost my WASC certificate – Okowa 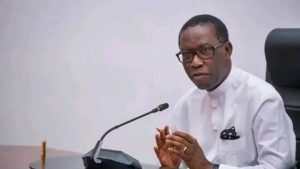 Okowa, however, disclosed that he has a print out of the result.

He disclosed this while addressing journalists in Ozoro in Isoko North Local Government Area, and was contained in a statement issued by the Press Unit, Delta State Government House, Asaba.

The Delta State Governor said he had a good result.

Okowa said he was less than 22 years old when he finished medical school at the University of Ibadan.

The statement reads: “Yes, I lost my WASC certificate, but I have the printout from Edo College, Benin City, which clearly stated that I have distinction in all subjects.

“The Higher School Certificate was attached and it has been acknowledged by Edo College and the school put it out there that I made an ‘A’ `B’ `B’.

“I do not pride myself but it was very difficult to make such grades in higher school at that time.

“My high school result was the second-best nationally in 1976 when I finished. So, many universities admitted me through Telegram at that time, and I had to start making choices of which to accept.”