Oluwafunsho Asiwaju, the first wife of Mercy Aigbe’s new husband, Kazim “Adekaz” Adeoti, has alleged that the actress started sleeping with her husband when her son was 5 months old and she was still married to her ex-husband, Lanre gentry. 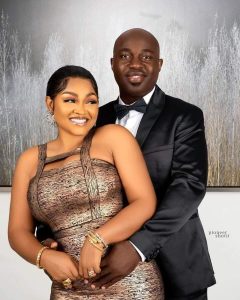 Recall that Adeoti who is a marketer had in an interview claimed that Mercy did not snatch him from his wife.

He stressed that as a Muslim, he has every right to marry another wife, adding that he and his first wife were not separated and are working things out.

But in an Instagram post, Oluwafunsho insisted she and Mercy Aigbe were friends but the actress betrayed her.

“You were a problem in my marriage for years,” Funsho told Mercy.

Funsho also accused her husband of lying that she’s fine with him having a second wife. 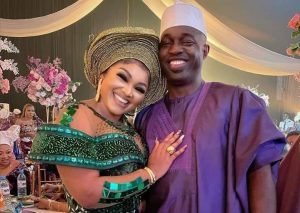 “Contrary to what Mr Adeoti said, I did not and will never settle to have a second wife in my marriage to him.”

She also hinted at divorcing Kazim as she referred to him as her “soon-to-be ex-husband”.

She continued, ”As for you Mercy, let us cut the crap. We were friends but Shane and your glam lifestyle will not let you admit it. You have been sleeping with Kastin since your son was only 5 months old.

”I introduced you to Kazim as a friend. I called and personally invited you and your ex-husband to the 40th surprise birthday party I did for my soon to be ex-husband.

”You were a constant friend of mine back then, I brought you close as a friend because I liked you but you repaid me by sleeping with my husband Kazim,” Oluwafunsho alleged.