Former Anambra state Governor and PDP Presidential hopeful Sir Peter Obi has Congratulated Archbishiop Lucius Ugorji on his appointment as the new Archbishop of Owerri Archdiocese and Metropolitan of Owerri Ecclesiastical Province and his election as the new President of the Catholic Bishops Conference of Nigeria (CBCN). 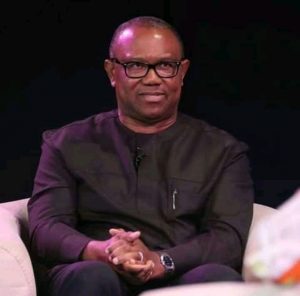 In a Congratulatory Message made available to the press, Obi also congratulated the Emeritus Bishop of Owerri Archdiocese, Most Rev Anthony Obinna, for the great work he did and his selfless service in the Archdiocese and Ecclesiastical Province, while expressing hope that the new archbishop will sustain the legacies and set even higher standards in the Archdiocese and the Province.

Describing Archbishop Ugorji as one who has dedicated his life to the all-round growth of God’s people, Obi expressed the hope that by the Bishop’s new positions, he will be able to build more impactful legacies in the Church and the nation at large.

“My earnest prayer is that God Almighty will grant Archbishop Lucius Ugorji the wisdom to pilot the affairs of his new constituencies in the Lord’s Vineyard and be of service to humanity, especially in leading the CBCN in its efforts to make positive contributions to building a better Nigeria,” Obi said.