The Nigeria Police in Anambra state has announced the arres of the ring leader that paraded a woman naked in the Aguleri area of the state for allegedly killing her husband with too much sex. 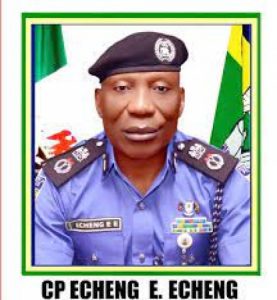 A statement issued and signed by the command’s spokesman, Toochukwu Ikenga, said: “The Anambra State Police Operatives have today, 12/3/2022 at about 12:07pm rescued a female victim from an angry mob in Aguleri. 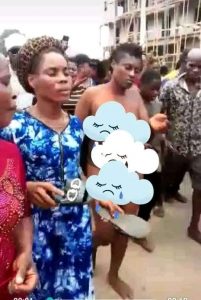 “The rescue was as a result of a report from a trending video where a lady was publicly molested and assaulted on an alleged incident of causing the death of her late husband.

“The Commissioner of Police CP Echeng Echeng while describing the act as barbaric, stated that one suspect is already in custody and ordered immediate study of the video with a view to identifying the suspects, arrest and bring them to book.

“The victim was rescued and she is currently receiving medical care in the hospital.”

As earlier reported by News Express, the woman was stripped naked and taken round the community as a way of disgracing her.

In a video trending online, the victim was seen lying lifeless on a stretcher with face covered with a white tissue-like paper, while the wife, stripped totally naked, was cowering by the corner of the room and all manner of abuses was rained on her.