Chioma Finally Breaks Silence On Her Breakup With Davido

Singer, Davido’s fiancee, Chioma has broken her silence on the alleged breakup rumours with Davido. 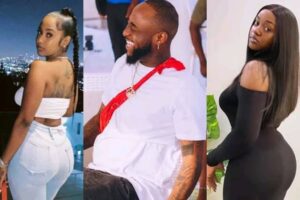 It can be recalled that social media was sent into a frenzy a few days ago after photos of Davido and his supposed new lover , Mya Yafai surfaced on Instagram.

Since the photos went viral, there have been speculations that Chioma and the Omo Baba Olowo crooner have gone their separate ways, hence the reason he has a new lover. 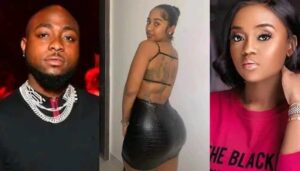 The mother of one who refused to address the rumours about her relationship with Davido has finally broken her silence. 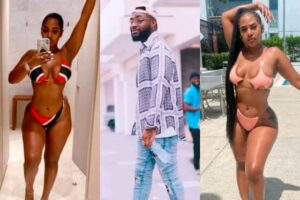 In what can be termed as an open letter to Satan, Chioma wrote;

See how social media users reacted to this;

@mademanyooo wrote “@cutie_julls I just hope she is not shading davido o, because she would be an ingrate to do that. He did so much for her”

@joy.ful2022 wrote “@symply.gloria Davido is the satan, whom after misbehaving will use his gifts and lovey-dovey antics to walk his way back, Chioma is telling davido she don wise up, ENOUGH IS ENOUGH”