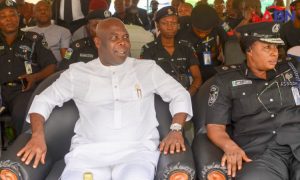 He also commended the Abia state police command and all the security agencies for their efforts in combating crime and making Abia peaceful.

He made the statement in Umuahia, Abia state on Saturday, 19th March, 2022 during the commissioning of the new Police officers mess.

Chief Omerekpe praised the Abia State Commissioner of Police, CP Janet Agbede for her initiative to commence the building project and her drive to complete it, while applauding the state governor, Dr. Okezie Ikpeazu for his support not just for the completion of the building but the synergy between Abia state Government and security agencies, describing Abia as the most peaceful state in Nigeria. 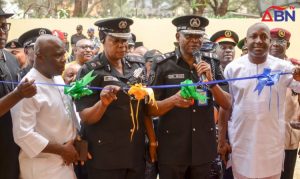 In her speech, the Commissioner of Police in Abia state, CP Janet Agbede said, when she was posted to Abia, she met a dilapidated structure at the mess and immediately put her plans to action that resulted to the structure being commissioned.

CP Agbede noted that, apart from being a place where officers can unwind and entertain friends and well wishes, it will also provide a conducive atmosphere for inter agency relationship for seminars, lectures, workshops, where security issues in the state can be brought to the strong burner. 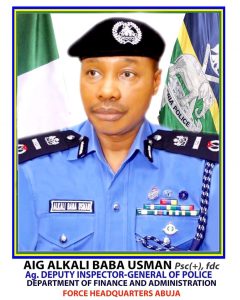 CP Agbede thank Governor Okezie Ikpeazu and well meaning Nigerians that made the project possible through their various support, while thanking sister agencies like; The Military, DSS, NCS, NSCDC, NIS, ABS amongst others for their cooperation in the control of crime and criminality in the state.

In his contribution, Gov. Okezie Ikpeazu ably represented by the Secretary to the state Government, Barr. Chris Ezem expressed gratitude to God almighty and the Nigeria Police for the building construction which was achieved because of the atmosphere of peace.

AIG Umar emphasised that the welfare of Police officers is the top priority of Inspector General of Police.

The AIG thanked Gov. Okezie Ikpeazu for his support and partnership with the police and urge him to continue as this has brought peace to the state, stressing that community policing system being adopted by the Police has improved security of Abia citizens and reiterated the readiness of the police to continue with this system of policing.

The highpoint of the occasion is the conferment of Honorary Grand Patron of the Officers’ mess on the Governor Okezie Ikpeazu and Honorary Member of the Officer’s mess on the Senator representing Abia South Senatorial zone and the Senate Minority Leader, Sen. Enyinnaya Harcourt Abaribe.