The state working committee ( SWC) of the All Progressives Grrand Alliance (APGA) Abia State Chapter has announced the immediate and indefinite suspension of the former Governorship aspirant and a member of the Board of Trustees ( BOT) Sir Chikwe Udensi from APGA. 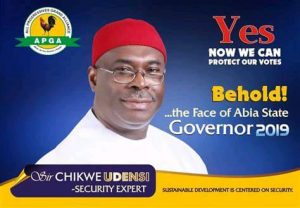 The suspension order which was made available to www.newsmirrirng.com and signed by the members of the state working committee reads: 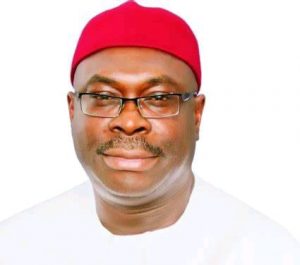 Pursuant to a resolution of the State Working Committee of the All Progressives
Grand Alliance, Abia State Chapter dated the 2° day of September, 2022, the Leadership of APGA in Abia State hereby resolves as follows: 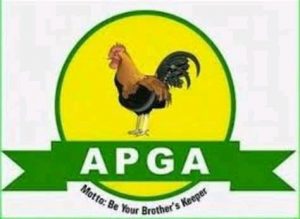 1. That SIR CHIKWE UDENSI be suspended and is hereby suspended indefinitely from APGA with immediate effect pending the hearng and determination of his case by a disciplinary Committee set up by the party.

2. That the State Secretary is mandated to communicate this suspension notice to SIR CHIKWE UDENSI in writing which shall be delivered to him through his WhatSapp Mobile Phone number.

3 That the general public and relevant institutions should take note of this development and desist forthwith from having any dealings with SIR CHIKWE UDENSI in his capacity as a member of APGA.

GROUNDS FOR THE SUSPENSION:

a. By sponsoring and supporting one Prince Nnanna Ukaegbu who was suspended from the party by the National Leadership of the party in 2014 against the party in Abia State, thereby bringing the party to public odium.

b. By working with some undemocratic forces in Abia State to cause crises in the party, an act which amounts to gross violation of APGA Constitution.

c. By engaging in conducts which have brought the image of the party into public radicle and disrepute contrary to Article 22 (2) (d) of the Constitution.

d. By publishing and distributing to the media false articles/materials and Statements with the intention of misinforming the public that there is a crisis in the party and or factions within the party in Abia State contrary to Article 21 (1) (g) of the Constitution.

We shall keep you posted.