Amidst deepening chasm between the Northern and Southern Nigeria over the 2023 presidency and Value Added Tax, VAT, Cross River State governor, Professor Ben Ayade has called for enduring camaraderie between the two halves of Nigeria.

Ayade urged political leaders from both sides to take a cue from former Head of State, General Abdulsalami Abubakar’s 54-year friendship with the late Military Administrator of River State, Brigadier General Anthony Ukpo (rted).
He also stressed the need for politicians to always think Nigerian first and avoid divisive tendencies.
Ayade spoke in his office while playing host to Abubakar who was in Calabar on a condolence visit to the people of the state and the family of the late General Ukpo.
The Yala-born retired General died a forth-night ago after a brief illness.
The Cross River state governor hailed General Abubakar for finding time to visit the state saying “the lessons I have learnt from your visit is that your 54 years of friendship with General Ukpo is a true definition of friendship.
“I wonder if you would have kept that friendship if you were a politician. Friendship is best tested when one is gone. Politicians from North and South, indeed should take a cue from you.”
Further extolling the former military ruler’s sterling qualities, Ayade said: “For you to come with your lovely wife and your children to honour our brother is a thing of joy and we have now seen why you remain a major source of success and a good story for this nation.
“That is why God has kept you very healthy very strong and very bright as you have always been. I want to use this opportunity to thank you for bringing democracy to Nigeria and God will bless you immensely for this”
The governor once again rued General Ukpo’s demise, describing him as “a great son of the soil, a strong advocate for justice and fairness who contributed greatly to the economic development of Cross River by siting all his investments in our dear state.”
Earlier, General Abubakar said he would miss the friendship and companionship of the late Ukpo.
According to him, he held the late Military Administrator in high esteem hence his presence in the state to condole with the government and people of Cross River State as well as the deceased’s family.
“An honour I can do to such a long-standing friend, a very dependable one, an upright citizen, is to come and commiserate with you and the people of Cross River State and also with the family of General Ukpo.
“So, through you, Your Excellency I want to convey our condolences to all the people of Cross River State and also the people of Yala
“Your Excellency, it may interest you to know that during these 54 years of our friendship I cannot tell you the number of times Tony had visited us in Minna with his last visit being just about two months ago before the good Lord took him. So we wish the family all the comfort and succour in this time of grief and loss”, the former Head of State said.
He thanked Ayade for standing with the Ukpo family in their moment of grief. 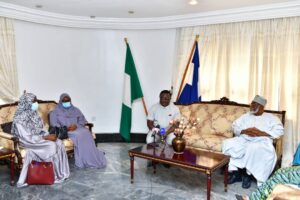 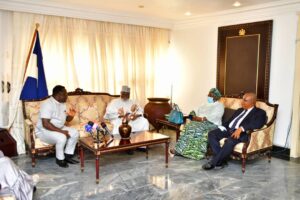 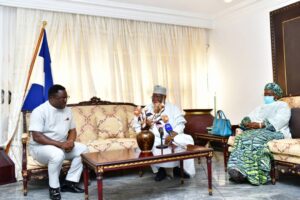 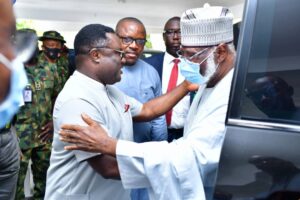