The All Progressives Congress (APC) amended a section in its guidelines for primaries on resignation of political office holders. 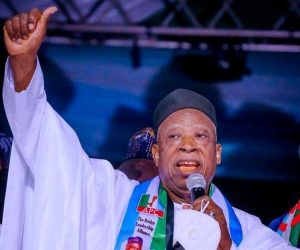 The party’s National Working Committee (NWC) decided to leave the fate of political office holders, including ministers, commissioners and other appointees, to the court.
The amendment was also said to be in line with President Buhari’s opposition to Section 84 (12).
Investigation revealed that Section 3(i) of the APC’s final guidelines for the conduct of primaries had caused uproar in the party.
The section says: “No political appointee at any level shall be a voting delegate or be voted for the purpose of the nomination of candidates.
“Any political office holder interested in contesting for an elective office shall leave office 30 days prior to the date of election or party primary for the office sought.”
Some ministers, who are interested in presidential and governorship offices, have not been comfortable with the disputed section.
A top source said: “There has been a row in the party over the section because members felt that it will disenfranchise some aspirants.
“Some of our leaders claimed that 1999 Constitution only mandates a candidate (not aspirant) to resign one month before contesting for any elective office.
“Based on cogent reasons and the need for fairness, the NWC has dropped the guideline on resignation because it is at variance with 84 (12) of the Electoral Act which is silent on timeline for resignation. The Act is not specific on the time politically appointed persons are expected to resign before primary elections.
“As NWC, we cannot issue guidelines outside the law of the land. Doing so will amount to laying the foundation for a fresh crisis in APC.
“A new one will be released. With this development, all the aspirants will not be allowed to resign before participating in primaries at any level.”
Responding to a question, another source added: “I think the NWC has decided to align the guidelines with the position of President Muhammadu Buhari on Section 84(12) of the Electoral Act.
“Buhari made his reservations known to the National Assembly before and after assenting to the Act but the lawmakers were adamant and refused to keep to the gentleman’s agreement.
“As it is now, only the court can decide the fate of ministers, commissioners and other political parties who have refused to resign before the primaries.
“The party will leave the court to take a final decision.”
Findings, however, revealed that some party members were uncomfortable that the NWC was changing the guidelines at the last minutes.
“I think the new leadership does not want to offend some influential leaders of the party.
“This is a litmus test for them since the powers of the National Executive Committee (NEC) have been transferred to NWC.”
The National Publicity Secretary of APC, Mr. Felix Morka, was yet to respond to our correspondent’s text message as at the time of filing this report