Joseph Ligon, 83, was freed from eastern Pennsylvania prison on Thursday. 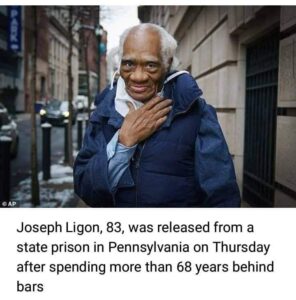 ⚖ Ligon and other teens got drunk and went on assault spree in Philadelphia.

🔗 Two people were killed; Ligon was sentenced to life imprisonment for murder.

⚖ Ligon has denied killing the two and has refused to apply for parole during term.

🔗 In 2012, Supreme Court ruled life sentences for juveniles were unconstitutional. 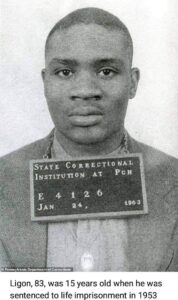 🔗 In 2020, the state agreed to release him after appeals from Ligon’s attorney.