The Nigerian Super Eagles Captain, Ahmed Musa said he is back to his former club, Kano pillars on a mission to help the club emerge victorious at the ongoing 2020/2021 Nigeria Professional Football League, NPLF. 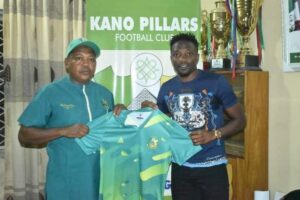 Musa stated this when he formally penned down a short term deal with Kano Pillars Football club at the club Secretariat in Kano.

A statement by the club’s spokesperson, Rilwanu Idris said Musa promised to do his possible best to see that Pillars Fc win the league season. 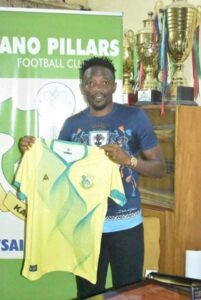 “I left pillars over ten years ago without winning the league by then but now by God’s grace I will make a special record to win it this time around.

“People don’t know why I am back to the club. I am back on a mission and it would be accomplish sooner or later.”

Musa however thanked the management, players and fans of the club for their cordial relationship since his first registration with the club in 2009 till date which prompted him to come back to the club.

On his part, the Chairman of the club, Alhaji Surajo Shaaibu Jambul expressed delight with Ahmed Musa’s decision to rejoined the club urging him to feel free and at home at all times.

Jambul urged him to use his vast experience to move the club forward and assured that the club would release him any time he get offer outside the country.

Meanwhile, Ahmed Musa was unveiled to the board and management of the club and is to wear his former jersey number seven throughout the time he will be in the club.